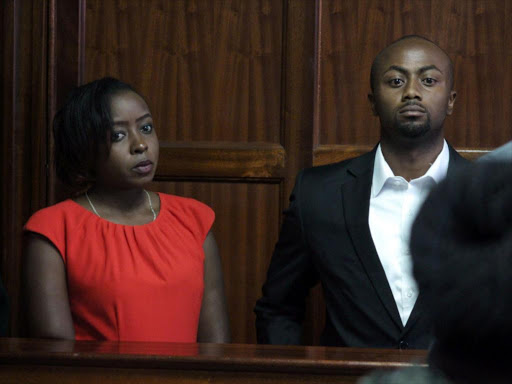 In an affidavit, investigating officer Maxwell Otieno says the Toyota Allion will be relied on during the prosecution’s case.

“The IC3 Cameras placed the vehicle and the mobile phone handsets at places of interest in our investigations,” the affidavit reads.

Last year, Maribe filed an application, seeking to have the DPP cited for contempt for failing to avail all materials the prosecution intends to use. They include her house, vehicle and mobile phone.

But Otieno says if the phone and the vehicle are released to Maribe, there is a high possibility she will destroy the prosecution’s evidence before it is submitted to the court.

Maribe had sought to have prosecution counsel Catherine Mwaniki disqualified from the case. But Otieno said the DPP cannot be told who should or should not prosecute any criminal matter.

Maribe, through lawyer Katwa Kigen, urged Justice James Wakiaga to allow him go through the affidavit and consult his client as it was served to them yesterday morning.

The judge directed parties to appear on March 13, when Mwaniki is expected to canvass on the vehicle issue.

Last year Maribe was charged alongside her lover, Joseph Irungu, alias Jowie, with the murder of businesswoman Kimani. They both denied the charge. Maribe was released on Sh1 million bail. Irungu is still in custody. In October last year, Wakiaga cited Irungu’s history with guns and said he would pose a risk by creating fear and intimidating witnesses.