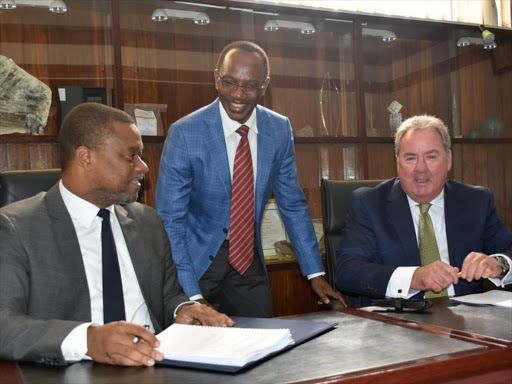 Tycoon Humphrey Kariuki has suffered a major setback after the High Court yesterday froze three of his company’s bank accounts.

Anti-corruption judge John Onyiego preserved the funds of Africa Spirits Limited, WOW Beverages and Wines of World Limited and directed the Kenya Revenue Authority to serve the companies with the court documents within three days.

In the case, KRA sued the three companies after it discovered that ASL has been making supplies of alcoholic beverages fixed with counterfeit excise stamps, hence denying the authority Sh3 billion in revenue.

He said the company has been receiving uncustomed ethanol for alcohol production, and not properly accounting for manufacture of its excisable products.

“ASL in the cause of carrying out its business fraudulently denied us collection of colossal amounts of taxes which we intend to demand. preliminary investigations, indicate tax evasion of up to Sh3 billion,” the court documents read.

Kirugi told the court that if the company’s funds are not preserved, it’s highly likely that the recovery of the taxes demanded by the commissioner will be frustrated with by withdrawal of money, transfer or putting it out of reach.

According to court documents, the companies cannot account for the way they have been manufacturing and supplying alcoholic beverages, hence evading payment of taxes.

“ASL has not been remitting excise duty and paying VAT at the rate required, taking into account the level of production of ethyl alcoholic spirits and the counterfeit excise stamps,” Kirugi’s affidavit read.

“The use of counterfeit excise stamps and uncustomed ethanol clearly point to an entity engaging in tax evasion,” it read further.

The case will be heard on March 8.