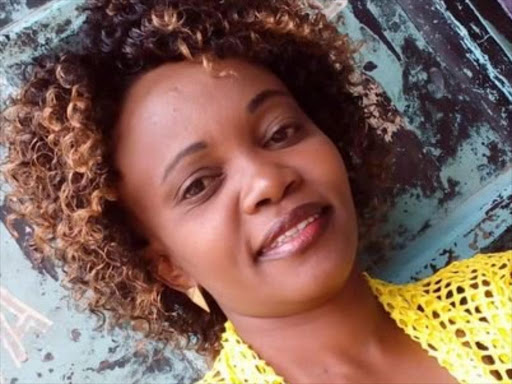 Activist Caroline Mwatha's parents were overcome with grief during a memorial service for their daughter at Uhuru Park's Freedom Corner yesterday.

"I will never understand how I did not notice her pregnancy because in noticed nothing from the photo last shared by her friends during the week of her disappearance," Mbai said.

He asked Kenyans to pray for the family. Mwatha's husband Joshua Ochieng' was too weak to speak as was his mother-in-law.

Kegoro said "Mwatha was killed." "Even as the investigations are going on, we know for a fact that Caroline did not kill herself, she was killed by somebody who was offended by her work," he said.

," he said. We are here to celebrate her life, he added.

The service started at at 2pm .

The service was attended by former chief justice Willy Mutunga, politicians Martha Karua,Nairobi woman representative Esther passaris. Others were human and other human Rights players including George Kegoro who is the executive director of Kenya human rights commission, family and friends.