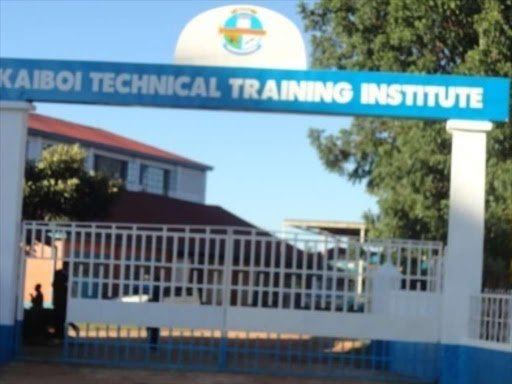 Kaiboi Technical Institute was closed yesterday after a first year female student was murdered by a male student because she refused his advances.

The girl, 21, was stabbed several times in the neck and chest as she cued for breakfast at the dining hall.

Nandi North OCPD Ezekiel Kiche said the assailant, who is in his second year, was also attacked by others and is in critical condition at the Eldoret Hospital.

Kiche said preliminary investigations revealed that the deceased had refused to have a relationship with the male colleague. “She was attacked with a kitchen knife and stabbed several times in the chest and neck,” the police boss said.

The students set upon the attacker, disarming him before he was rescued by lecturers.

Principal Charles Koech said they would close the institution for a few days to calmdown the students who attempted to barricade Kaiboi-Mosoriot road.

They were ordered to leave the campus by armed riot police who were deployed immediately after the incident.

Nandi police commandant Thomas Ngeiywa said police would be deployed at the institution until it is re-opened.