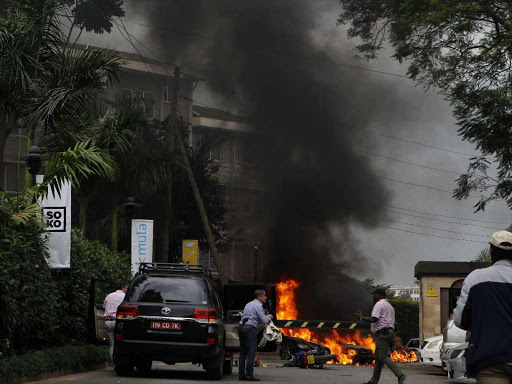 A senior diplomat from the Middle East is on the radar of Kenyan authorities over reports he is involved in the smuggling of gold from the Democratic Republic of Congo and Ghana.

The diplomat is in the spotlight over the movement of unusually huge amounts of money which detectives believe is linked to illicit gold trade. Kenyan authorities believe the trade is for personal gain.

Impeccable government sources have told the Star the diplomat has been trading under the auspices of a firm which started operations last year.

"The huge cash transfers are what alerted Kenyan authorities,” said an official, familiar with the government reports on the diplomat, but who cannot be named because he is not authorised to speak to the media.

Kenya, working with the Interpol, is now closely monitoring their activities in the region and especially the embassy in Nairobi.

The police believe the money could be part of what finance terror activities in Kenya, and target Western installations elsewhere.

Kenya has been a victim of major terror attacks such as the Westgate attack on September 21, 2013, and Garissa University on April 2, 2015, and most recently, the DusitD2 attack mid last month.

In 2014, following an Interpol lead, a suspected Quds Force operative working in the country under diplomatic cover was forced to leave.

At the time, Interpol said the man – Mahdi Namehavar – arrived in Nairobi on July 13 and had tried to bribe senior government officials, including judicial officers, and plotting violent acts to free terror suspects.

The suspected illegal gold trade connected to the Iranian embassy in Nairobi would be in violation of sanctions imposed by the US government against Iran in November last year.

The U.S. has sanctioned Iran over its “malign activities” in Syria and elsewhere around the world.

“(The U.S.) Treasury’s imposition of unprecedented financial pressure on Iran should make clear to the Iranian regime that they will face mounting financial isolation and economic stagnation until they fundamentally change their destabilizing behavior," said US Treasury Secretary Steven Mnuchin when he announced the sanctions last year.

In 2016, the UN published a report indicating that armed groups in the conflict-written DRC were benefiting from the illicit gold trade smuggled out through neighbouring countries and laundered into international markets.

Iran was last year on the Kenyan headlines after it emerged that Kenyan security forces were on high alert following intelligence reports that some Iranian operatives have sneaked into East Africa to try and free terrorism convicts of Iranian origin jailed in Kenya.

Sources within the Kenyan anti-terrorism agencies confidentially told the Star there was a deliberate attempt to free the two convicts, following the first attempt in 2014.

Ahmad Mohammed and Sayed Mousavi were arrested in Nairobi with explosive substances in 2012.

According to intelligence shared with Kenyan authorities, the operatives were suspected to be members of the Quds Force.

The Quds Force is the terrorist arm of the Islamic Revolutionary Guard Corps (IRGC), which works covertly in some cases as tourists or businessmen.

The group has been working to ensure its members held in foreign prisons are released.

Kenya had been alerted that the operatives could be planning either a prison break or target Israeli or US interests in the country.

Israel’s domestic intelligence service Shin Bet said Kenya had arrested “two senior (Iranian) Revolutionary Guard Corps operatives – Mohammed and Mousavi – who were in the midst of preparing a terrorist attack on an Israeli target in Kenya”.

Kenyan Investigators said at the time it was unclear whether the pair had ties to al Qaeda-linked militants in Somalia or were part of another network.

Mousavi and Mohammed filed an appeal at the Supreme court against their 15-year sentence for planning terror attacks in the country.

Last September, the Supreme Court quashed the Court of Appeal's decision to acquit the two Iranians sentenced to life for terrorism.

The Iranians said they are innocent and had come to the country as tourists and to look into possible commercial ventures.

Anti-terror police believe that the Quds Force operatives were planning a plot which could have passed off as an al Shabaab attack.

Quds Force operatives spread Iran’s negative influences far and wide, and they have been responsible for numerous terrorist attacks and attempted attacks globally.

They are highly trained and highly secretive and security agencies say their activities remain a threat to Kenya.

In 2015, Kenyan security forces arrested two Kenyans with links to Iran on suspicion of planning attacks in the country.

The Interior ministry initially identified both men as Iranians, but later said it had issued that detail in error and the two men had links to Iran, but were not Iranian nationality.

“The two men, Abubakar Sadiq Louw and Yassin Sambai Juma, have admitted to conspiring to mount terror attacks against Western targets in Kenya,” the ministry said at the time.

In February, police trailed a vehicle carrying weapons from Somalia and engaged a suspect in a shootout before killing him and arresting his two accomplices.