Teeth can be used to predict mental health problems - study 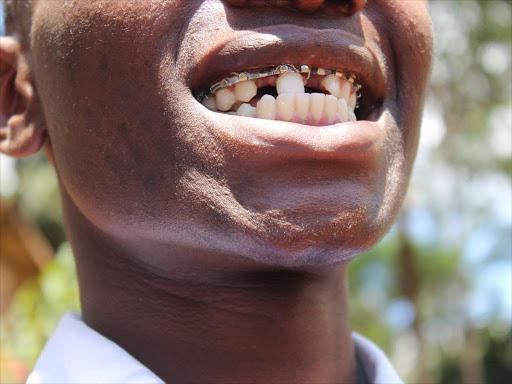 Scientists found teeth could show our risks of mental health disorders such as depression. /FILE

Teeth tell archaeologists everything about ancient civilizations - from their diet to their lifestyle to their cause of death.

But new research suggests the bones in our mouths could reveal details about our future, too.

In particular, scientists found teeth could show our risks of mental health disorders such as

Dr Erin Dunn, a psychiatrist at Massachusetts General Hospital, examined lost milk teeth from six-year-olds and found those with thinner enamel were more likely to have attention deficit issues.

The finding, while maybe logical to archaeologists, is unprecedented in psychiatry, offering an entirely new way to screen for disorders that are increasingly common.

"It's something we had never seen or thought of before," Dr Dunn told DailyMail.com.

For the study, presented at the American Association for the Advancement of Science in Washington, DC, Dr Dunn teamed up with archaeologists and anthropologists and public health practitioners.

They asked the parents of 37 children aged six and up in California to donate their teeth when they fell out.

After analyzing each tooth with high-resolution imaging, they compared their analyses behavioural assessments of the children.

They found differences in dimensions and qualities of their teeth were better predictors of mental health than factors that psychiatrists would normally look for, such as the neighbourhood they live in or their family setup.

For Dr Dunn, the study showed the benefit of and need for scientists to work across fields.

"Even though there has been an effort for people to move across disciplines not many do that.

"This [study] is an artefact for the need for more interdisciplinary science and how efforts can provide opportunities to look at things that are completely unexpected that other fields do all the time," Dunn said.