Miguna Miguna to make a comeback in April 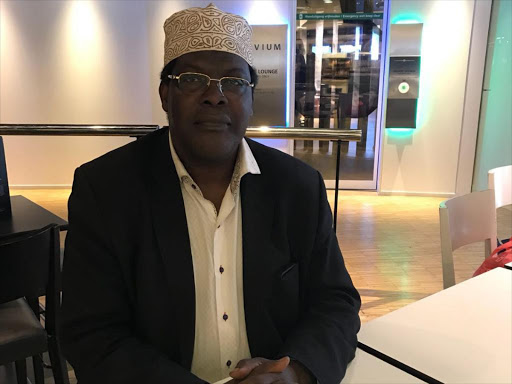 after he was deported last year.

Miguna said he will give the specific date for his return later.

"Pursuant to rights vested upon me by God, my mother, the Constitution of Kenya 2010, all applicable laws and order issued by Justices Mwita, Kimaru, Odunga, Aburili and Wakiaga, I hereby announce that I will return in April 2019 on a date to be announced," he wrote on Twitter.

Miguna was twice deported in 2018 after falling out with the government for swearing-in NASA leader Raila Odinga as the ‘People’s President’ on January 30 last year.

The controversial lawyer has sued the Kenya Airports Authority and international airline Emirates for torture and illegal detention.

In a 10-page affidavit to the High Court, he seeks damages and wants the two punished for unlawful detention.

Through lawyer John Khaminwa, Miguna says KAA and the airline should also be punished for unlawful search, seizure, sedation, torture and assault.

He accuses them of colluding to have him forcibly removed from Kenya.

Miguna says KAA knew he had obtained court orders requiring him to be released and not removed from the jurisdiction of the court, but still went ahead to facilitate the illegalities.