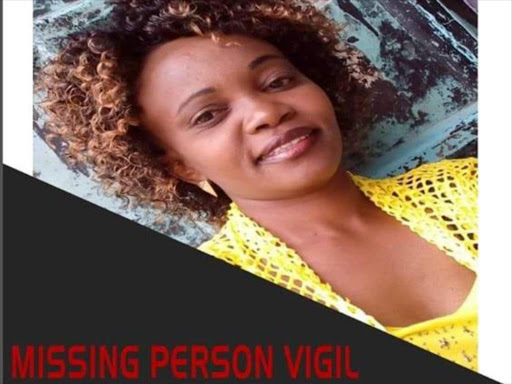 will on Monday hold a night vigil in honor

Caroline Mwatha disappeared from her home in Dandora under unclear circumstances.

Her disappearance was reported

on Friday at Buruburu police station.

is a founder member and caseworker with the Dandora Community Social Justice Centre which has been calling for police professionalism and an end to extrajudicial killings.

The police reforms working group through their MissingVoicesKE website said they will hold the vigil at the Dandora Community Justice Centre.

PRWG are meeting in Dandora to deliberate on the disappearance of Mwatha.

In a statement on Sunday, Amnesty International Executive Director Irungu Houghton called on investigating agencies to move with speed and establish Mwatha’s whereabouts.

Mwatha’s disappearance is quite sensitive considering the nature of advocacy activities she is involved with.

Her disappearance evokes memories of the sad ending of the lives of human rights lawyer Willie Kimani, his client and a taxi driver.