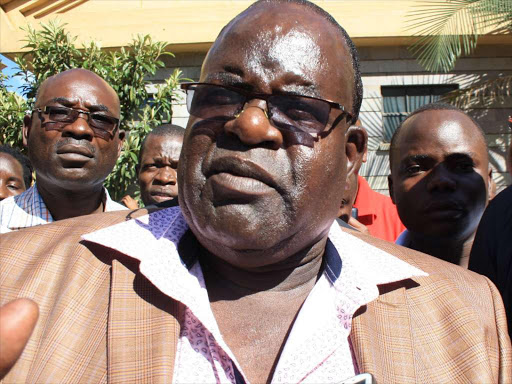 Homa Bay Governor Cyprian Awiti's election has been upheld by the Supreme Court.

"The appellate court decision is set aside in its eternity. The election of Homa Bay county will stand as the valid position as stated by the IEBC," Judge Jackson Ojwang said.

The apex court also ruled that the

petitioner, former Kasipul MP Oyugi Magwanga will bear costs for both Awiti and himself.

main challenger in the 2017 election.

"We appreciate the depth of Jurisprudence and scrutiny given by the court. Thank you. We are grateful to the Supreme Court," he said.

There was jubilation after Judge Jackson Ojwang read the verdict with whistles and praises heard outside the court premises.

As they carried banners with Awiti's pictures, his supporters jumped and moved their behinds in celebrations.

The governor had moved to the Supreme court after the Court of Appeal's decision to uphold the High court's ruling which nullified his win.

The High Court ruled that the IEBC did not conduct a free and fair election in Homa Bay.

According to IEBC's disputed results, Awiti got 210,173 votes while Magwanga came second with 189,060 votes.