Mildred left for hospital only to turn up in morgue 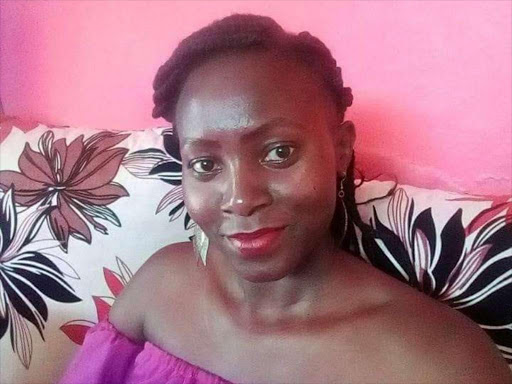 City Mortuary was the last place Mildred Odira’s family thought they would find their daughter. .

But the reality hit them yesterday after they found her body in a pile of others that had been taken there by the police. She had been missing since Tuesday last week

The body of the 32-year-old woman was dusty, one leg was broken and intestines protruded from the belly. A close examination showed a wound on the neck and an injury on the head.

Mildred, a Nation Media Group employee, reportedly left her house in Kariobangi South last Tuesday at 4am to seek treatment in a nearby hospital. She never returned.

Her family believes the taxi driver, who was called to take her to hospital, knows more about the receptionist’s death. Their hypothesis is that Mildred’s killer raped her before hitting her on the head and stabbing her on the neck.

“She must have been run over by a car to conceal evidence before being dumped by the roadside,” Mildred’s mother Caroline Odira told journalists. “I want justice done by bringing my daughter’s killer(s) to book.”

She described Mildred as a jovial person who cared for those around her. “She was a soft person.”

The family learned she was missing after her son went to his aunt’s house to check whether his mother was there.

Maureen Odira, Mildred’s elder sister, told the Star yesterday that they immediately went to her house to seek more information from neighbours.

This was after they unsuccessfully called her. Her phone was switched off. Mildred had been diagnosed with diabetes and hypertension.

While at the house, they were told she left the house in a taxi driven by a neighbour identified as Davis Ochieng’.

“A watchman called the taxi driver to take my sister to Ruaraka Uhai Neema Hospital. The driver told us that he left my sister at the hospital reception,” Maureen said.

The family went to the hospital but on inquiry, they were informed there was no patient with such a name. There was no record at the casualty.

“We went to Kasarani police station and were asked by police officers to wait for some time since Mildred was an adult and could be going about her errands.”

Maureen, who shed tears during the interview, says they called Mildred’s colleagues at Nation Centre who said they had not seen or heard from her.

Distraught, the family went back to Ruaraka Uhai Neema Hospital and were given two contradicting statements by the guards at the facility.

One account was that Mildred was there for 20 minutes. Another was that she stayed at the hospital for an hour and a half.

The driver, when questioned by the family, maintained he had dropped the patient there. The hospital doesn’t admit patients.

“We were disturbed. We asked the hospital administrator to allow us to review the CCTV footage of the day my sister was taken to the hospital,” Maureen said.

“On reviewing after getting a letter from the DCI, we learned that the taxi driver was at the hospital but did not drop any patient. The CCTV recording showed the car being driven into the hospital followed by two others. No one alighted. The car sped off immediately after it made a turn at the parking.”

Maureen adds a closer look reveals the taxi man chest-thumping as if to drive a point to his passenger before the car left at 4.34am.

The driver was arrested on Saturday. He was charged with kidnapping and was ordered detained until February 14 as investigations continue.

An officer handling the case said the driver said he dropped the patient at the hospital’s casualty desk before changing the statement, saying he left her at the gate.

“Davis has not said anything since we asked him whether he was aware the hospital had CCTV cameras,” the officer, who asked not to be named, said.

Officers from Kasarani police station found Mildred’s body dumped near Allsops the day she left her house. They booked her at City Mortuary as an unidentified accident casualty.

Maureen said after the CCTV review, the family opted to look for Mildred in various hospitals.

“We started with hospitals in Kasarani before asking at St Mary’s and at SOS in Buruburu. We had planned to visit Kenyatta National Hospital and other private clinics today,” she said.

“My father advised that we start with City Mortuary before going anywhere else.”