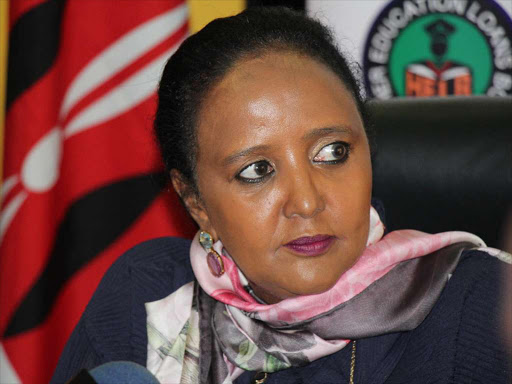 Public servants sitting on independent councils, boards of public universities and state corporations in the education ministry have been asked to resign.

In a circular dated January 9, Education CS Amina Mohamed said their appointment as either chairpersons of the councils or board members compromises their independence.

“The vice-chancellors and principals of public universities and the chief executive officers of all the state corporations under the ministry of education are hereby directed to bring this to the attention of their councils/boards for immediate compliance,” Amina said.

She directed VCs, principals of public universities and secretaries to state agencies to forward the list of names of those affected to her office by February 1.

The information should include their current employer, the position held and work station.

In a circular dated July 30, 2015, head of public service Joseph Kinyua said public servants are prohibited from holding the above positions except for three reasons.

He said this can only follow a written law or if the said public servant is an academic staff or researcher with relevant knowledge and skills.

Kinyua said a public servant may also be appointed to university boards, corporations or councils if his office approves such appointment on the advice of State Corporations Advisory Committee.

“Accordingly, and in order to safeguard the independence of Boards, only public servants who represent ministries or other public institutions shall serve as members of boards,” Kinyua said.

He said appointments falling short of the laid out provisions should be revoked immediately.

The appointment of chairpersons and members of the boards of state corporations is governed by the provisions of both the State Corporations Act and other supporting legal provisions.