I am ready to quit Wiper Party, Kibwana declares 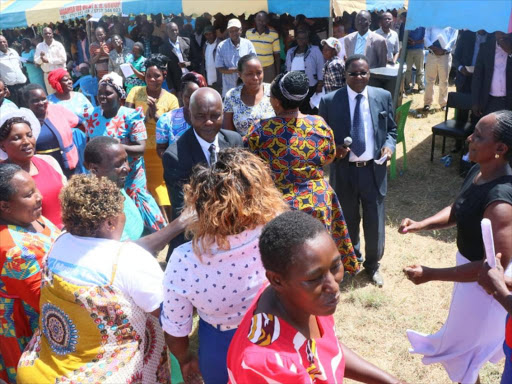 Kibwana spoke on Thursday at Kwakathoka Agricultural Training centre at a public gathering.

"If the Wiper party's leadership wants back it's chairmanship or the Makueni governor's seat, then am ready to quit the positions. So I ask my followers to be ready for anything," Kibwana said.

The governor said it has been hard to work with the party and asked the community to take their complains to the party just as they did when they persuaded him to join Wiper.

Kibwana won his second term after decamping from Muungano Party to Wiper a few days before the 2017 general elections due to "public demand".

He is the only Wiper-elected governor in Ukambani.

Kibwana has since joined his Machakos counterpart Alfred Mutua in declaring an interest in the 2022 Presidency.

However, those supporting Kalonzo claim that Kibwana and Mutua are not serious in their bid but are eying cabinet positions in the next government after the end of their second and final terms.

"Ignore them, they are sure they cannot win the presidential seat but are looking for CS positions after the next general elections," Makueni MP Daniel Maanzo told mourners recently at a burial ceremony in his constituency.