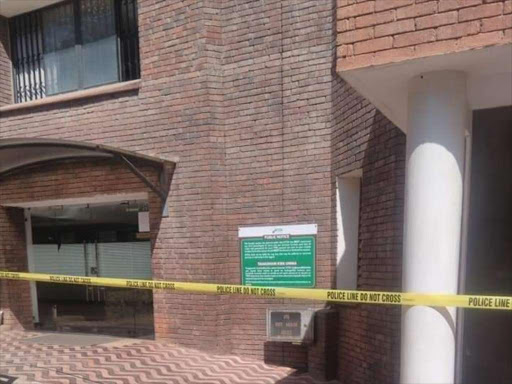 DCI detectives on Wednesday raided the NTSA headquarters and sealed off the building.

The impromptu raid shocked members of the public who had gone to seek services at the authority.

The detectives were allegedly looking for details of the vehicle used by terrorists in the DusitD2 terror attack.

The Anti-terrorism Police Unit stormed the Upperhill office around 9 am in pursuit of officials involved in the registration of the car.

This is after, police reports indicated that the car used by the attackers to access the Dusit D2 complex had similar number plates with another vehicle which was impounded on January 16 in Kitengela, Kajiado County.

The terrorists were in car registration number KCN 340 E at the time of the attack which claimed 21 lives.

They were apprehended but denied knowing anything relating to the Riverside attack.

There has been no official statement from the police or NTSA over the raid.

Post a comment
WATCH: The latest videos from the Star
by STAR REPORTER, @TheStarKenya
News
30 January 2019 - 12:00
Read The E-Paper