Baba is well, spokesman says after Raila's near stumble in Dar 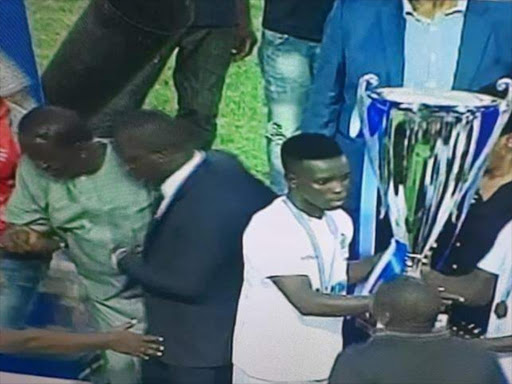 A screengrab of Raila Oding'a security holding him after he lost his step on the podium at the National Studium, Dar es Salaam. /COURTESY

ODM leader Raila Odinga is well and has not fallen ill while on a trip in Tanzania, his spokesman Dennis Onyango has said.

In a statement on Sunday, Onyango said photos in which the opposition leader is seen being held by security officers at a stadium in Dar es Salaam are not indicative of ill health.

"Hon Raila Odinga is fine in Dar. Images of security people holding him emerged from a step on the podium that was falling off and not anything to do with health. Thanks though to everyone who has expressed concern," Onyango said.

EPL side Everton later this year.