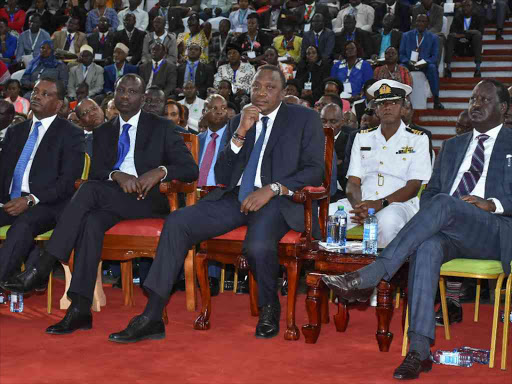 He said they are “thieves” and should be called so. “In our mother tongues, people who take what is not theirs are called thieves. Occasionally, we refer to such people as “wakora”, crooks, conmen, but they are generally and simply understood to be thieves and called as such,” he said.

The Opposition chief said he was disturbed by the tendency and the attitude of Kenyans to sympathise with the “lords of corruption”.

“The sympathetic and apologetic attitude we have developed for corruption and its architects is quite disturbing,” he said.

Raila said graft is bleeding the country of resources and slowing growth. “Over time, there has been a systematic laundering of this crime, its perpetrators and its proceeds. We launder them in church, at social events like weddings, at harambees and during times of tragedies sometimes caused by the crimes of the same people,” he said.

Raila spoke during the Multi-sectoral National Anti-Corruption Conference at the Bomas of Kenya.

He said the ‘thieves’ are viewed in society as achievers and as real men and women struggling to make it in life. “Those who steal from us and then give back, partly out of guilt and partly to buy our admiration and silence, are seen to be generous or development-conscious even when we know they are not,” Raila said

Deputy President William Ruto said the investment and reforms the government has invested in the agencies charged with the war on corruption is bearing fruit. “We undertook the exercise to build the infrastructure to fight corruption in our country. Today, there is appreciating that something different is happening,” he said.