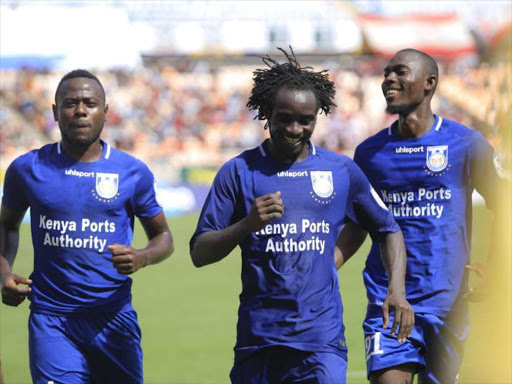 Bandari on Friday rallied from behind to stun Simba SC 2-1 in the SportPesa Cup semi-final at the Dar es Salaam National Stadium.

The dockers, who are in good form, held their nerves to triumph over the Tanzanian giants.

Former Gor Mahia striker Meddie Kagere put Simba ahead in the 45th minute with a powerful first time shot from the right.

Bandari's William Wadri made it one all from the spot after winning the penalty in the 55th minute having been fouled by Yassin Muzamiru in the box.

Wadri’s second goal of the tournament gave Bernard Mwalala’s men confidence. They pushed forward looking for the winner, but the home side repelled their attacks and they rarely troubled Isha Manula in goal.

Kagere hit another hard shot from outside the box on the hour mark but Bandari keeper Farouk Shikhalo was alert, spilling out for a corner.

Bandari gave as much as they received while keeping possession and playing counter-attack.

The dockers were gifted in the 77th minute when Wycleff Lugogo, who came in for the colourless Abdallah Hamisi, hit a far post shot that fully stretched Manula could only watch hit the back the net for the winner from Juma Hassan ’s free-kick rebound.

Bernard Odhiambo's defensive blunder almost gifted Simba a goal eight minutes to time. Okwi dispossessed him in the box and crossed the ball to Haruna Niyonzima but he shot over the bar.

Okwi was at it again in the 88th minute with a header that was inches close. Bandari held on to reach the finals in their maiden appearance, leaving Simba fans downcast.

They will face the winner between Kariobangi Sharks and Mbao FC. The teams had played to a barren draw in the first half of the second semi-final match.

Double champions Gor Mahia were dumped out of the tournament by little known Mbao from Tanzania in the quarters on Wednesday.

The winners in the final on Sunday will pocket Sh 3million. They will also play English Premier League side Everton in a friendly match later his year.