Wife of 14 Riverside attacker on the run 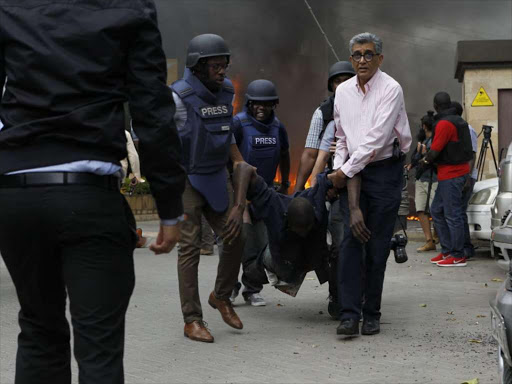 A prime suspect who is the wife of one of the terrorists linked to the attack at the Dusit hotel is on the run after learning police are pursuing her.

Detectives from the Directorate of Criminal Investigation’s office told the Star the wife who lives in Eastleigh switched off her phone moments after she heard reports that she had been arrested.

“She had not been arrested as per the media reports but we were going for her in Eastleigh. Unfortunately, she changed the direction from where she was heading and started moving towards the Thika road side. Her phone then went off and we couldn’t continue trailing her,” said the detectives.

The Tuesday afternoon attack left at least 21 people dead and scores injured in what was said to a well-coordinated terror attack at the five-star hotel which took place at about 3.30pm. More than 700 people trapped at the Dusit building were rescued despite the attack lasting 19 hours.

“It is unfortunate the information leaked to the media and got its way to social media before we executed the arrest,” said an insider.

“We have finished the first part of rescuing the victims. We are now focused on the second phase to investigate and arrest anyone who would have taken part in the attack,” Matiangi said.

The suspect would have been the second to be arrested after detectives swung into action following the terror attack at the 14 Riverside Drive complex. The first one, said to be the wife of the terrorist, was arrested on the City outskirts in Muchatha, Ruaka.

On Wednesday, investigators visited the Muchatha home of one of the slain terrorists and recovered bomb-making materials.

Post a comment
WATCH: The latest videos from the Star
by By IMENDE BENJAMIN @TheOkinda
News
18 January 2019 - 00:30
Read The E-Paper