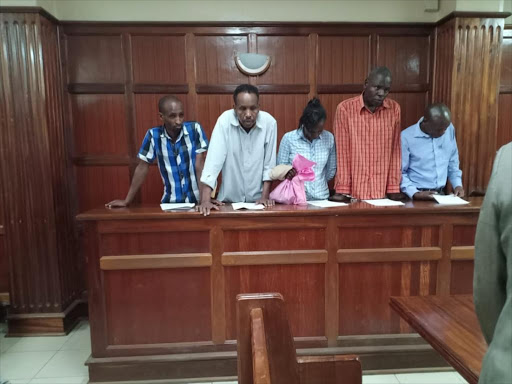 Five suspects in Tuesday's terror attack at DusitD2 hotel complex that left 21 dead have been arraigned this afternoon.

The state applied to have the suspects detained for 30 days to enable detectives to conclude the investigations.

Two of the suspects were arrested on Wednesday soon after the 20-hour siege came to an end following the killing of all five terrorists.

The Director of Criminal Investigations George Kinoti said on Wednesday the suspects were arrested in Eastleigh and Ruaka estates.

He said they were being treated as the key suspects because they were in contact with the terrorists.

Detectives were also pursuing Violet Kemunto, the wife of one of the suspects.

Investigators said they found bomb-making material at the house of one of the suspects in Mucatha, Kiambu County.