Warrant of arrest out against former manager of Temple Point Resort 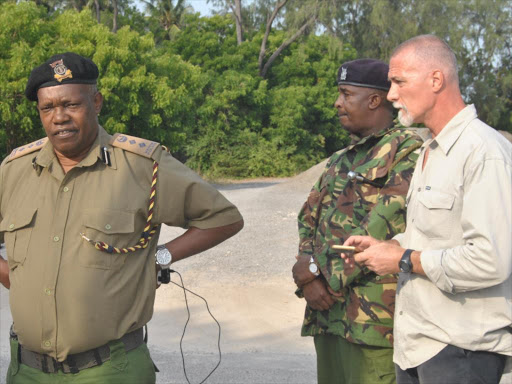 A warrant of arrest has been issued against a former manager of Temple Point Resort in Watamu for failing to attend court as a witness in a cybercrime case.

Stefano Ucelli, who is now the manager of Krystall Bay Resort in Watamu, failed to appear in court on September 28 last year to testify in a case in which his Isaac Rodrot - another former manager of Temple Point - was charged with hacking emails of German investor Hans Jurgen Langer.

Ucelli and Rodrot, who claim to be directors of Salama Beach Resort, are embroiled in an ownership dispute of the facility worth more than Sh1 billion.

Langer, who currently owns Temple Point, claims to be the sole director of the company and does not recognise the two, arguing they were only managers.

The warrant of arrest was addressed to Watamu police station OCS and signed by a chief magistrate for criminal case number CR 394 of 2016.

“You are hereby commanded forthwith to apprehend the said Stefano Ucelli and to bring him before this court to answer the said charges and to be further dealt with according to the law,’’ the warrant reads.

On Friday, police allegedly went to Krystal Bay Resort in search of Uccelli, but he escaped.

However, Roberto Macri, the general manager of Seven Islands and Krystal Bay Resort, dismissed reports police were looking for Uccelli.

He said Uccelli would surrender himself to the court.

Reports indicate that Ucelli has failed to appear in court for six times to testify in the cybercrime case.

Ucelli and Rodrot are involved in other cases over the ownership of the Sh1 billion hotel that have lasted for years.

At one time, Ucelli and Rodrot got orders to take over the hotels but did not manage to get into the resort after it emerged that the orders required them to take over Salama, not Temple Point.