Ban on licensing of Proboxes as PSVs draws mixed reactions 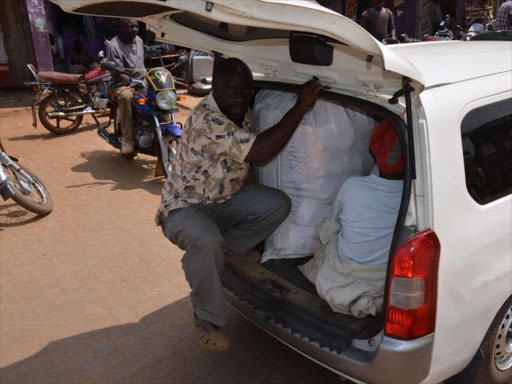 A businessman seats next to luggage in the boot of a Toyota Probox matatu in Migori town. Passengers prefer sitting in the boot as it's cheaper Photo/Manuel Odeny

Toyota Probox owners who used to make a living as PSV operators have given mixed reactions following the government’s order outlawing the vehicles from the public transport business.

On Saturday, some drivers said the government should have consulted them before coming up with the directive which came into effect in 2015.

The said the decision has led to huge losses.

“My car is currently of no benefit to me now unless I use it for my personal errands. I have also changed jobs because I want to cater for my family’s needs,” Nicholas Musembi, a boda boda owner form Kathiani subcounty, said.

However, for another Probox owner who requested anonymity, the decision to bar the vehicles from operating as PSV transporters was timely and in order.

He said he supports the new regulations by the National Transport and Safety Authority, adding the move has helped streamline the transport sector.

He now works as a taxi driver.

Rachael Munyiva, a passenger from Machakos, said the Proboxes were more convenient than matatus.

She said they filled up faster.

“The ban on Probox vehicles from operating as PSVs was ill-advised and untimely. The decision has negatively affected transport here as most of us used to depend on them for our daily commuting,” Munyiva said.

Tenai noted that the new requirement by NTSA for Probox vehicle owners to apply for licences as taxis and not PSV operators was there to stay.

He said the majority of drivers have defied the new rule and are currently playing hide and seek with law enforcers as they continue doing their businesses illegally.

“Probox vehicles have been granted the right to operate as taxis but not as Public Service Vehicles. Our officers will continue undertaking a serious crackdown on those found flouting these rules until we eventually weed out the illegal vehicles from our roads,” Tenai said.

Proboxes and Toyota Sientas are barred from offering public transport services under the Traffic Act and have been faulted for overloading, carrying as many as 14 passengers in a five-seater car.