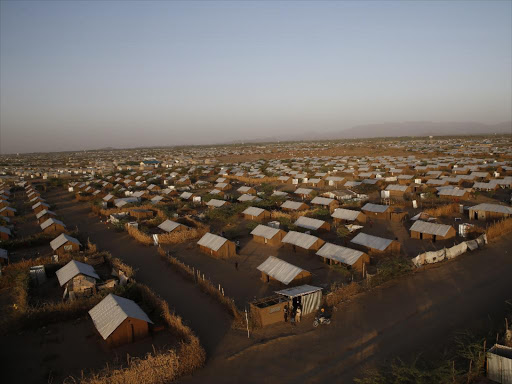 LGBT+ refugees in Kenya on Friday accused the United Nations of failing to provide adequate shelter and protection after they were forced to flee attacks at a refugee camp and relocated to an abandoned school on the outskirts of the capital, Nairobi.

The U.N. refugee agency (UNHCR) moved around 200 refugees - mostly from Uganda but also Burundi, Ethiopia and the Democratic Republic of Congo - from the remote northwestern Kakuma refugee camp to a derelict building as an emergency measure in December.

But refugee representatives said not only are conditions at the shelter overcrowded and unsanitary, but growing tension and arguments between the various groups of refugees have left some LGBT+ members fearing for their safety.

“It’s three weeks and the situation is not any better here than in Kakuma. People are scared and facing death threats from other LGBT refugees here. Some sleep with knives under their pillows,” said Mbazira Moses from Refugee Flag Kakuma, a group representing the LGBT+ refugees.

“The conditions are very bad. There are six toilets for 200 people and they are blocked and overflowing - it’s disgusting and we are worried about the spread of infections especially since there are also children here.”

The refugees’ movements are also restricted by the UNHCR and they cannot leave the shelter or receive visitors, said Moses, calling on the U.N. to immediately find more dignified housing.

The LGBT+ refugees planned to stage a hunger strike on January 14 at the shelter if their demands were not met, he added.

The UNHCR said it was aware of the conditions at the shelter and was in the process of finding more suitable accommodation - but did not give a time frame on when it would happen.

“LGBTI community members are being supported financially, with a view to finding appropriate accommodation that tries to meet their individual needs.”

Ndege confirmed the refugees’ movements were restricted but said this was to ensure their security.

African countries have some of the most prohibitive laws against homosexuality in the world, with punishments ranging from imprisonment to death.

Although gay sex is punishable with up to 14 years in jail in Kenya, the law is rarely enforced and the east African nation is seen as more tolerant than neighbouring Uganda and Tanzania - but discrimination against the LGBT+ community is prevalent.