52 mourners hospitalised in Bomet after eating bad meat at funeral 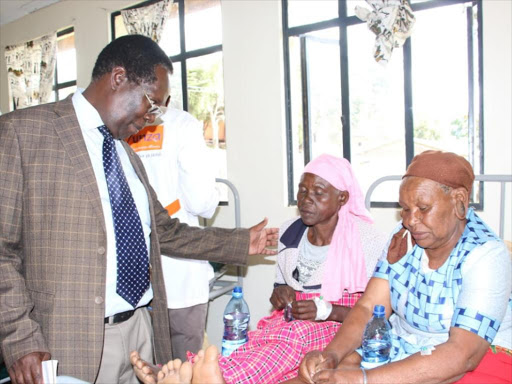 At least 52 people were on Friday hospitalised at Longisa Referral Hospital in Bomet after eating contaminated food in Tabook village, Bomet Central, the previous day.

The 14 children, 29 women and nine men were part of a group of mourners who had attended a funeral.

County Health executive Joseph Sitonik said the affected started complaining of abdominal pain and vomitting at around 12am.

Health officials visited the village to treat the affected.

"We received the reports and mobilised our officers who assessed the situation before calling ambulances to ferry the patients to hospital," Sitonik said.

Investigations have been launched into the incident.

The meat is suspected to have been contaminated while cooking or the animal might have been slaughtered in an unhygienic environment.

"We shall be taking action against those who have blundered in one way or the other," Sitonik said.

County medics have been dispatched to the area to monitor the situation.

Sitonik urged residents to be cautious about the food they eat.