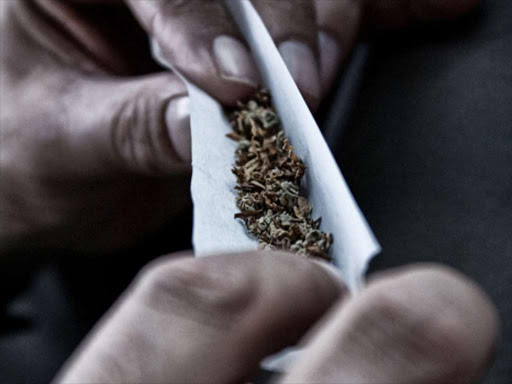 A businessman was on Friday charged with possession of bhang worth Sh225 in the CBD that he claimed to be his medicine for hypertension.

Daniel Obogi denied the charge and

accused two officers from the Central police of demanding Sh6,000 to release his vehicle.

The suspect was arrested on Thursday after

he was allegedly found smoking weed in his friend's car along Muindi Mbingu Street near Jevanjee Gardens.

But he told senior principal magistrate Kennedy Cheruiyot that he only had one roll which he usually smokes to "treat hypertension".

He said his "blood pressure had risen" because his three-month-old baby was sick and he had not gotten the money he was expecting for treatment.

Obogi was also accused of incitement to violence and resisting arrest.

He was accused of willful prevention of lawful apprehension by the station's boss Jane Kabuchwa and constable Dickson Gitonga on Thursday.

However,Obogi accused Kabuchwa and Gitonga of insisting on using their breakdown to tow his car to the station despite him having offered to drive them to the station or allow his friend to drive.

He said the cops later demanded Sh6,000 for the towing.

Cheruiyot sought an explanation on why the car was still being detained "if it was not also smoking the bhang", prompting state prosecution counsel to call Gitonga to court.

Gitonga said he had offered to drive Obogi to the station but he refused and became violent.

The magistrate freed Obogi on an Sh100,000 bail with

The case will be mentioned on January 18 before a hearing begins the following day.