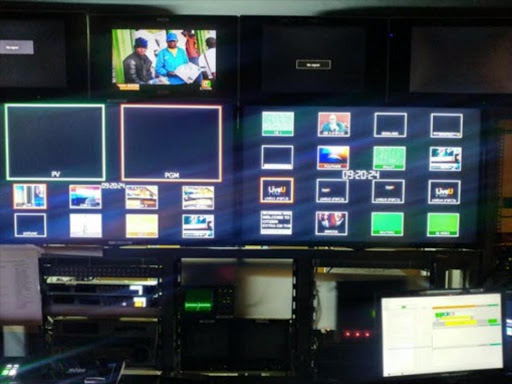 Several TV stations were shut down after they broadcast the mock swearing-in of Raila Odinga as the People's President in January 2018. /COURTESY

This year the world witnessed the unprecedented shutdown of four media houses by the government after the live coverage of the mock swearing-in of Nasa principal Raila Odinga as the People's President.

This was the first of its kind in the history of Kenya excluding the digital migration dispute between media houses and the government in 2016.

The government violated the rights enshrined in the 2010 Constitution after it switched off Royal Media Services’ Citizen TV and Inooro TV, Nation Media Group’s NTV and Standard Media Group’s KTN on January 30.

Article 33 (2) of the Constitution states that all media houses are independent of control by the government, political interests or commercial interests.

"The State shall not not exercise control over or interfere with any person engaged in broadcasting, the production or circulation of any dissemination of information by any medium," Constitution says.

It further states that the government shall not penalise any person for an opinion, view or content of any broadcast or publication.

The state also went against the High Court's decision to lift the ban a week later.

Royal media had initially filed a case challenging the shut down, but withdrew the case after it was reopened on February 8.

However, activist Okiya Omtatah sued Interior CS Fred Matiang’i, ICT CS Joe Mucheru and the Communications Authority board. The case is yet to be mentioned.

Star editor Francis Mureithi says the move to shut down the TV stations was retrogressive and did not make sense since there are many other ways to share information like through social media.

" Any government that attacks the media is because they fear citizenry. They should actually use this medium to set the record straight instead of attacking it. The government should let media freedom thrive," Murethi said on December 16.

"And it is not only the national government, county governments have now shown a habit of being intolerant. They should allow journalists to do their work and stop the attacks it only shows they are hiding something," he added.

While many blamed media owners for not speaking up against the shut down, no action was taken against the government.

Veteran journalist Macharia Gaitho during the Editor's Guild Convention in Nairobi on December 8 blamed media practitioners for not uniting in the fight for democratic space in Kenya.

"One of the most traumatic and shameful period in my many years of practice was the government's shutdown of live coverage. Worse still, some of us as the media participated in it,"Gaitho said. "Good journalism challenges power, rather than cozying up to it."

"We need to weed out the 'Githeri Media' or 'Fake News' fallacy. These two phrases have been used by those who fear accountability to undermine media freedom. The Gazeti ni ya kufunga nyama mediocrity," he added.

However, Nation Media Group CEO Stephen Gitagama lamented over how the government is yet to settle its debts to media houses saying it is undermining the work of journalists.

"I urge the government to pay its media debt. The state must uphold its obligation to promote media freedom," he said.

Our future will always be shaky if we fail to embrace Quality Journalism.

Editor's Guild chairman Churchill Otieno said civil threats by the government and corporates was something that needs to be addressed.

"People are more likely to embrace a credible media that they trust. It calls for professional excellence on the part of journalists through compelling stories," he said.

Media Council chairman David Omwoyo said the government has a duty to invest in media but not use that advantage to gag it.

ICT CS Joe Mucheru however insisted they were working on how to pay up the Sh2.5 billion debt incurred for the past three years.

"Government is going to pay what it owes the media. The President is committed to ensuring this and the pressure from the media too has been noted," he said.

Kenya Union of Journalists secretary general Eric Oduor during the convention said at least three cases of attacks on journalists is made every week in the country.

Most of the reported attacks are by government officials.

The abduction of NTV journalist Barack Oduor was among the most talked attacks of the year.

Oduor was kidnapped in Migori alongside the late Sharon Otieno. Her body was found dumped near a thicket in Homa Bay on September 4.

On November 7, Citizen TV journalist Kimani Mbugua was assaulted after he was found filming a bribe-thirsty city askari demanding cash from a boda boda rider. Even after identifying himself as a journalist, the county officers beat him up leading to his hospitalisation.

A chief from Cheptais, Mt Elgon attacked an NTV reporter for covering a story of alleged misuse of funds at a primary school.

On October 2, a Standard Group journalist's camera was destroyed after a police officer attacked him in Homa Bay during a fracas at the county assembly.

were attacked and evicted from a county assembly. Radio Africa's Ndichu Wainaina and Royal Media's Patrice Simbili's press cards were also confiscated by the AP officers.

Two NTV Coast journalists were in September arrested for filming the construction site of a hotel suspected to be illegally encroaching on the Indian Ocean.

The same month, a reporter was arrested for covering a dispute at the offices of a water company in Murang’a County.