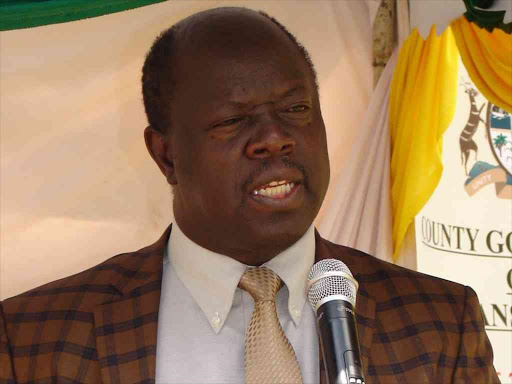 Trans Nzoia Governor Patrick Khaemba has urged IPOA to make public the findings of an inquest into the after police opened fire during a confrontation in Kolongolo last week.

Khaemba threatened to sue the government if details of the report are not made public.

He also asked the Kenya National Commission on Human Rights to investigate.

Khaemba spoke in Kitale town on Wednesday when he met the family members of victims.

Scores of others were injured during the Kolongolo incident.

The governor condemned the incident, saying police overstepped their mandate of protecting residents and ended up killing them.

the government to expedite the transfer of police officers from Kolongolo police post and carry out a forensic investigation to identify those who were involved in shooting residents.

A funeral mass will be held at Kolongolo market on

Thursday before each family proceeds to bury their loved one.

Earlier, families of those affected had threatened to stop burial arrangements, but the intervention by the county government helped to cool tempers.

The governor asked political leaders to be calm and shun politicking during the funeral and instead assist the affected families.