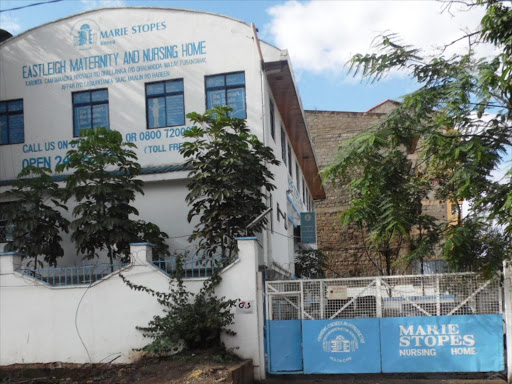 Marie Stopes clinics has complied with conditions set by the government for it to provide abortion services in the country.

The conditions, which are aimed at stiffening the regulation of reproductive health services in the country, were issued by the Medical Practitioners and Dentists Board on November 14.

Citing safety risks, the board imposed a ban restricting the reproductive health clinic from conducting abortions in the country.

But Health Cabinet Secretary Sicily Kariuki, in a notice in the dailies on Friday, said the clinic has complied with the orders.

She ordered the ban lifted.

Among the conditions that the CS said the clinic has met include deactivating its 0800 toll free number and withdrawing the adverts on abortion.

According to Sicily, Marie Stopes has also submitted "100 samples patient files from various facilities to the board for review and examination."

The CS noted that Marie Stopes will only be allowed to dispense abortion service as required by the law which only allows situations where the health of the mother is in danger.

"They will also be required to commit in writing to the Medical practitioners and dentists' board that they will not procure any abortion on demand in the country," the said in a statement.

The ban was lifted after a review found the clinic had not actively encouraged women and girls to have abortions, a move that will prevent many unsafe terminations.

Kenyan authorities had directed Marie Stopes to suspend abortions and post-abortion care after complaints a media campaign run by the charity promoted abortions - a charge it denied.

Abortions are not permitted in

unless a woman's life or health is in danger and emergency treatment is required, a rule campaigners say has led many women to resort to unsafe illegal terminations.

Kenya's high rates of unsafe abortion, and after an audit,Kenya's health ministry said last week the group was "in total compliance" with the country's laws.

Almost half a million abortions were conducted in

in 2012 - mostly in backstreet clinics - with one in four women and girls suffering complications such as high fever, sepsis, shock and organ failure, said a February health ministry report.

- higher than rates estimated in other east African nations, it added.

Marie Stopes - which has worked in

Medical Practitioners and Dentists Board, which implemented the ban.

"We are grateful to the Board for recognising this as a serious issue, and for their commitment to ensuring that women have the safe healthcare they so desperately need," a spokeswoman said in emailed comments.

This is not the first time Marie Stopes - which works in 37 countries in Africa, Asia, Europe, South America as well as the United States - has faced a suspension or closure over its abortion services.

Kenya's ban on social media, saying it would drive many to makeshift clinics and put lives at risk.

"By mobilising against the ban on abortion on social media, women made it clear that they will not sit idly by as the government attempts to roll back their rights and access to health care," said Erin Williams from the US-based charity International Women's Health Coalition.

Nearly half of an estimated 56 million abortions conducted each year are unsafe, leading to the deaths of at least 22,800 women, a global report by the Guttmacher Institute said in March.