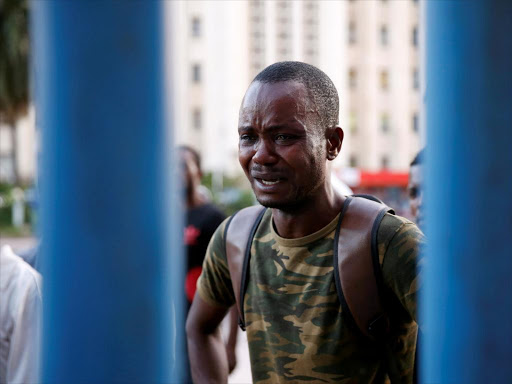 the long-delayed yet again.

ICC Prosecutor Fatou Bensouda said in the statement: "Anyone who incites or participates in mass violence, by ordering, soliciting, encouraging or otherwise contributing to crimes within the jurisdiction of the ICC is liable to prosecution before the court."

"No-one should doubt my determination to investigate such crimes and to prosecute them when conditions as defined by the Rome Statute are met."The presidential election had been scheduled for Sunday, but is now due to take place on 30 December.

The Electoral Commission made the announcement on Thursday, saying a delay in deploying voting materials to polling sites after a fire last week was behind the move.

Thousands of electronic in the blaze in the capital, Kinshasa.

Efforts to contain an outbreak of the Ebola virus and recent ethnic violence have also taken their strain.

It is the latest in a series of delays to frustrate opposition supporters, who suspect that President Joseph Kabila intends to cling on to power.

BBC reporters say a number of students staged a protest near the University of Kinshasa on Thursday over the delayed polls.