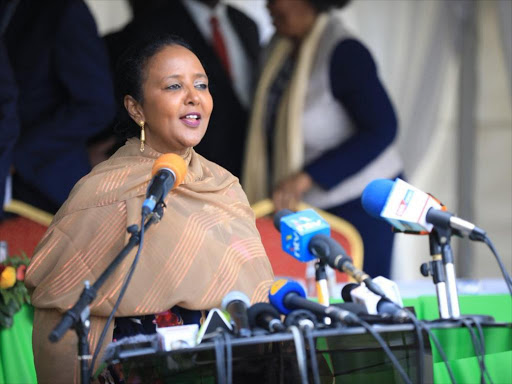 At least 100 candidates will miss their 2018 KCSE results after they were cancelled over irregularities in the conduct of the examinations.

Education CS Amina Mohamed, while releasing the results on Friday, said the move followed combine efforts and stringent measures to seal all loopholes of cheating.

She said some examinations centres will also not receive results following cases of suspected malpractice.

"I want to assure the candidates and parents that no one will be punished unfairly. We have launched investigations and a report will be out before end of January 2019," Amina said.

The CS said some 191 students were arrested during the examination period and arraigned in court out of which some 56 cases are still pending.

"We also noted early exposure, impersonation and collusion during the exam period but through combined efforts and stringent measures we detected the cases early and we can confirm there was no leakage," she said.

Earlier on the Teacher's Service Commission said it has interdicted five teachers for breaching exam rules.

CEO Nancy Macharia said other 57 cases are under investigation.

"We will firmly deal with any irregularities... 62 cases of non-conformity were registered by KNEC," she said.

Chairman George Magoha in the same event asked children to abstain from taking money from their parents to buy fake exam papers.

"Please allow your brain to work, and even if the help to cheat comes from your blood relative, tell them to go to hell."

Speaking during the release of the KCSE 2018, Magoha said the government made great milestones in curbing exam cheating.

"The children have gotten what they deserved...children are not guilty...It is the parents and unscrupulous teachers who give the children the money as a form of love," he said.

During the exam period, more than five KCSE candidates were deregistered by the Kenya National Examination Council and discontinued from sitting the exam on charges of cheating.

Post a comment
WATCH: The latest videos from the Star
by By PATRICK VIDIJA @vidijapatrick
News
21 December 2018 - 15:00
Read The E-Paper