New boss could be the missing lever in graft war 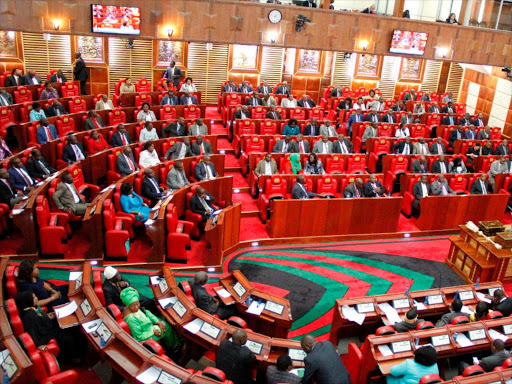 Members of the National assembly at Parliament./File

Today the National Assembly will either approve or reject the Ethics and Anti-Corruption nominee for Chief Executive Officer Twalib Mbarak. If approved, Mbarak will be arriving at a critical time when the EACC's operational framework is receding, even disintegrating.

This is due to the overzealous Directorate of Criminal Investigations headed by George Kinoti and supported by a resurgent Director of Public Prosecutions under the leadership of Noordin Haji. He has breathed new life into the whole fight against corruption.

The new CEO, assuming it's Mbarak, is expected to be the lever that has been missing in our machine to fight graft.

We expect that with Mbarak's entry, the battle will be approached in a manner that safeguards the public interest and sustains the zeal of the fight. This nation deserves to see a fight that will return our stolen money, as opposed to dramatised arrests that only yield more questions and serve to plant doubt in our minds.

Kenyans would like to see all the looted money returned and the proceeds of graft repossessed, it is not beneficial to us that the corrupt serve jail terms. With the newfound cooperation between Kenya and several previously 'safe' havens, the new sheriff will have a much easier time bringing back our money.

Mbarak should deal decisively with the cartels that have held the EACC captive for a very long time.

With the renewed political goodwill by both the ruling jubilee and the opposition. Mbarak he has an opportunity to slay the dragon whose tail resides in the institution he will be heading.

He should know, however, that if he doesn't build teamwork within the EACC staff, he might end up being a lone ranger, hence, an easy target for the cartels. History will come in handy, noting how former boss Prof. Patrick Lumumba left the institution. Mbarak should not make empty promises but he should be seen to eradicate corruption from the big fish to the small fish.

The High Court advocate spoke to the Star