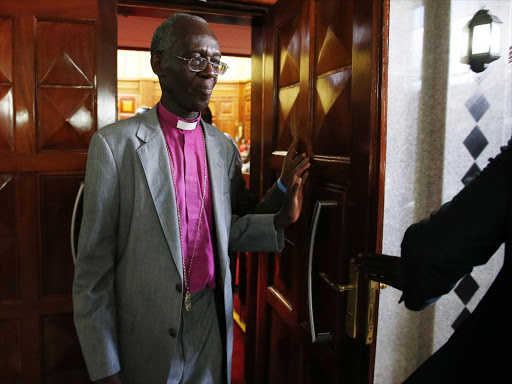 The Ethics and Anti-Corruption Commission revealed that it is investigating Sh10 billion procurement of textbooks for public schools by the Ministry of Education and Sh5.6 billion alleged fraud and embezzlement of funds by Treasury involving the e-Citizen platform.

The agency led by retired Bishop Eliud Wabukala also revealed that it is investigating allegations of Sh2.4 billion fraud and irregular compensation for acquisition of houses for senior government officers in the Ministry of Interior.

The revelations signal trouble for influential figures in the three ministries after President Uhuru Kenyatta pledged that graft kingpins will pay dearly for every pocketed shilling.

“To those engaging in fraud and abuse of office, please listen to me keenly: You can run but you cannot hide. We will catch up with you, and make you pay dearly for every coin stolen from Kenyans,” Uhuru promised on December 12, Jamhuri Day.

In its latest annual report seen by the Star, the EACC says it's investigating a total of 1,510 cases.

In a case of the hunter becoming the hunted, the EACC is also investigating top officials of the Assets Recovery Agency over alleged Sh100 million embezzlement of funds.

ARA, which is headed by Muthoni Kimani, has been working with the Directorate of Criminal Investigations to recover proceeds of crime running into billions of shillings.

Tens of county governments are also under probe and heads are likely to roll in the new year.

For instance, the EACC says it is are investigating the Mandera county government over allegations of irregular awards of contracts amounting to Sh1.8 million.

Targeted suspects in the alleged textbook procurement scandal in the Ministry of Education are still unclear.

Previously, the cash was wired directly to schools, which would then make their own arrangements to buy books.

Ironically, the Matiang'i move was intended to reduce procurement costs by nearly Sh13 billion, according to government estimates.

According to the Education ministry, 33 million textbooks would cost only Sh7.5 billion — not the Sh21.4 billion under the previous model that put schools in charge.

In phase one of the textbooks distribution project this year, secondary schools were supplied with English, Kiswahili, mathematics, physics, chemistry and biology textbooks.

he e-Citizen platform, which had been disowned by the Treasury, is an online portal through which the government provides essential services.

Unbeknownst to Kenyans, the huge sums collected were going into an M-Pesa paybill account set up by a local company.

By the time the government asked Safaricom to stop Goldrock Capital Limited from collecting the money in 2014, more than Sh5.6 billion had been paid through the e-Citizen platform.

The EACC says in its end-year report that 154 cases are ready for prosecution, while 183 files on corruption and economic crimes have already been forwarded to the DPP.

Among the cases the EACC says it has completed investigating, is the the Sh3.2 billion Ruaraka land scandal. Its recommendations remain tightly guarded.

The report was not adopted by the House.

Other concluded investigations include a Sh350 million probe into alleged irregular hire of trucks, bulldozers and shovels for garbage collection by the County Government of Mombasa.

Others are a Sh300 million irregular purchase of a printing machine at the Kenya Bureau of Standards and allegations of Sh18 million irregular hiking of legal fees paid to a law firm by Kenya Pipeline Company.

It has also emerged that Makueni county, seen as the model of progress among devolved units, is also under probe.

The EACC says its has finished investigations into a Sh10 million alleged fraud regarding a medical cover at the Makueni County Assembly.

According to the data, the County Government of West Pokot headed by John Lonyangapuo is under two separate investigations.

One involves the alleged loss of public funds in construction of a tourist hotel in Kapenguria amounting to Sh352 million.

The other is Sh351 million alleged irregular payment for an incomplete project and irregular variation of a contract concerning construction of Agricultural Training College in Kapenguria.

The County government of Kitui is under probe over allegations of Sh1.3 billion procurement irregularities in the construction of river drifts