Fraud case fails to proceed as suspect says she is sick 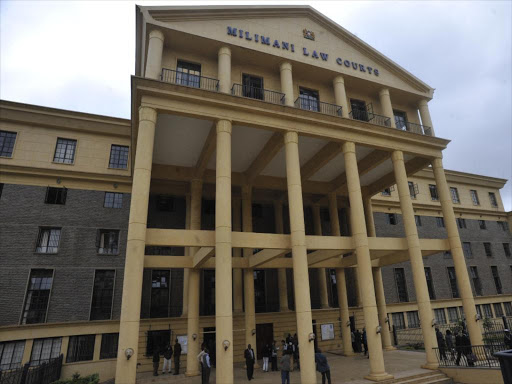 A Milimani court yesterday deferred plea taking of a businesswoman accused of obtaining between Sh 50, 000 and 100, 000 from 36 people in fictitious overseas jobs.

Gladys Njeri said she is unwell and needed to get medical attention before being charged. Senior principal magistrate Martha Mutuku remanded her in prison and ordered she be taken to hospital.

Lawyer Danstan Omari who is representing more than 100 people allegedly conned by Njeri said he was not opposed to the plea deferral but the suspect should be taken to a government hospital and medical records tabled in court to ascertain she is ill.

Njeri allegedly obtained the cash hoodwinking the complainants that there are companies in Dubai, Qatar, Afghanistan and Canada who have contracted her to recruit drivers, security guards, cleaners and nurses for them.

But there were more than 100 people in and outside the court who claimed to have been conned by her.

One of the complainants Esther Njenga, is said to have paid Sh 270, 000 for her three relatives who wanted security jobs.

Another victim Elizabeth Mbugua allegedly paid Sh 163, 000 to get a nursing job in Canada.

Njeri is accused of obtaining the cash pretending she was in a position to secure jobs and Visas for the complainants between July and October.

The victims paid Sh 5000 as registration fee at her Gladon Agency Limited located at Portal House along Muindi Mbingu street in Nairobi.

They would later pay different amounts of up to 160, 000 to secure the jobs.

The complainants shouted in court that Njeri has multiple passports when Mutuku asked if she had any.

Post a comment
WATCH: The latest videos from the Star
by JOSEPH NDUNDA @Joseph_Ndunda
News
18 December 2018 - 00:15
Read The E-Paper