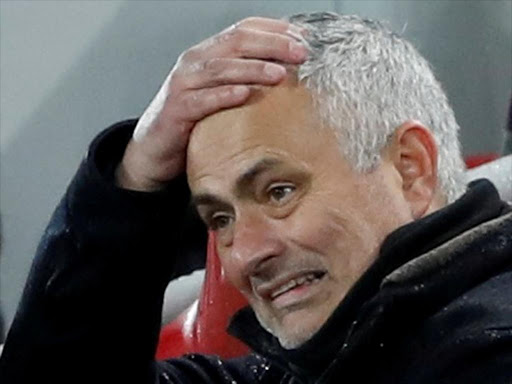 lamented his team's lack of physicality -- and their problems with injuries -- after they suffered a 3-1 loss to Liverpool at Anfield on Sunday.

United were forced to draft centre-half Eric Bailly into the starting line-up moments before the game after Chris Smalling suffered an injury during the warm-up.

said the club's difficulties with injuries had been a long-term issue.

"First of all, we have lots of problems related to physicality, we have lots of players that I could consider injury prone, because some of our players are always injured and is not with me, was before me," he told reporters.

said much of that superiority came from the physical qualities of Juergen Klopp's players.

"There are qualities that a player has or doesn't have. You cannot improve, you cannot make them have. I give you an example: (Andy) Robertson, (Sadio) Mane, (Mohamed) Salah, (Georginio) Wijnaldum, (Naby) Keita, Fabinho, they are physical players, on top of that they are good players technically, I also have lots of good players, technically, but we do not have many players with that intensity or physicality.

was careful to praise the work-rate of his players at Anfield.