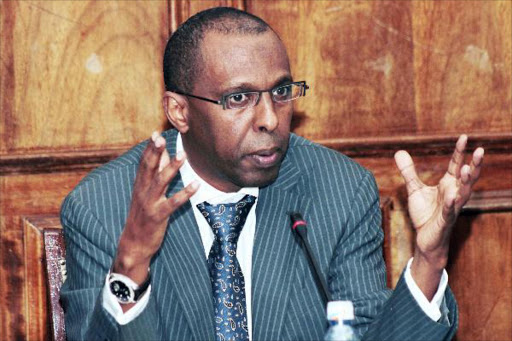 The Supreme Court has been accused of lacking impartiality in the case against two Iranians convicted of terror charges.

Lawyer Ahmednasir Abdullahi said the court was exercising illegitimate political power over the two Iranians who were acquitted by the Court of Appeal.

Their acquittal was appealed by the Director of Public Prosecutions and the Supreme Court in September allowed police to continue holding Ahmad Abolfathi Mojhammed and Sayed Mansur Musavi until the case is determined.

Five judges of the apex court stayed the decision of the Court of Appeal. Yesterday during hearing, Ahmednasir exchanged words with the bench led by Chief Justice David Maraga.“Are you saying that if we disagree with you, we are pandering to political pressure?” Maraga asked.

“I am saying your previous ruling on this matter was biased,” Ahmednasir said. Other judges on the bench were Isaac Lenala, Mohamed Ibrahim, Smoking Wanjala, Njoki Ndung’u and Jackton Ojwang’.

“We’re offended by some paragraphs in your submissions and we want them expunged,” Ibrahim told Ahmednasir.

The senior counsel said he does not subscribe to the school of thought that court decisions cannot be questioned. “The decisions were deliberately wrong. There’s a moral and ethical dilemma whenever I appear in this court. You bend the rules,” Ahmednasir said.

The lawyer said the court based its decision on “extraneous political factors that are underpinned by a nationalistic affinity between the court and the state” when delivering the ruling.

Abolfathi and Mousavi were set free in January after the Court of Appeal quashed their 15-year jail term. The appellate court said there was no sufficient evidence to link them to the bomb making material recovered in 2012.

They had been accused of possessing a lethal explosive identified as RDX and a Nairobi court sentenced them to life imprisonment but it was reduced to 15-years after an appeal at the High Court.

The DPP through lawyer Waweru Gatonye and Duncan Ondimu told the Supreme Court the suspects should not leave the country until the appeal is determined.

Ahmednasir yesterday told the court that the appeal lacked merit and should be dismissed.