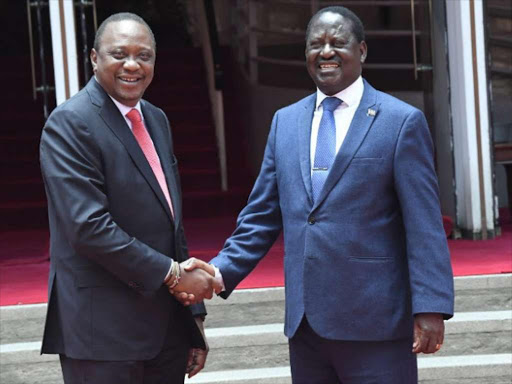 The Infotrak Research poll shows 52 per cent believe the government is doing enough to fight corruption, but a sceptical 43 per cent are not persuaded.

Five per cent have no opinion as to whether the war on graft is yielding results.

In the poll, conducted between November 29 and December 1, those who think the Jubilee administration is making progress cited highly-publicised arrests of high-profile suspects (47%), prosecutions of senior managers and directors of parastatals (42%) and the smooth relationship between the Directorate of Criminal Investigations and the Office of Director of Public Prosecutions (21%).

But those still having reservations cited rampant corruption (52%), failure to take action against the corrupt (29%) and lack of high-profile convictions (19%).

“Kenyans are saying the corrupt should be prosecuted in a court of law and should not be walking free,” Angela Ambitho, the Director of Infrotrack, said while releasing the findings in Nairobi.

The public is not interested in the arrest of small fish, they want to see political big wigs behind bars.

About 110 public officials and traders have been charged with corruption. Some of the agencies under investigation include the Government Advertising Agency for the loss of Sh2.5 billion, National Cereals and Produce Board (Sh5.6 billion), Kenya Power (Sh470 million), Standard Gauge Railway (Sh2.8 billion) and National Youth service (Sh9 billion)

Joe Sang, the Managing Director of of KPC, spent the weekend in the cells alongside head of procurement Vincent Cheruiyot and company secretary Gloria Khafafa and Billy Aseka, the general manager for infrastructure over a Sh11 billion scandal.

They are accused of misappropriating funds during the procurement and construction of the Kisumu Oil Jetty.

Those arrested at the NHIF include former CEO Simeon Kirgotty, Gilbert Gathuo (head of ICT), and Robert Mureithi, a director of Web Tribe, an online payment company. They are expected in court today.

Second is Nasa leader Raila Odinga’s Nyanza turf where 59 per cent agree that President Uhuru Kenyatta is serious about fighting graft, 37 per cent disagree while four per cent were undecided.

In Uhuru’s Central backyard, 58 per cent are happy with the steps the government is taking to deal with corruption while 40 per cent disapprove. Two per cent neither approve nor disapprove.

In Western seven per cent said they do not have an opinion, 51 per cent said government is doing well while 41 per cent disapprove and would like a more robust approach.

Coast region, tops the list of those who believe nothing is being done about graft at 52 per cent, followed by Nairobi at 50 per cent while 48 per cent of Eastern region said the government is not dealing decisively with graft.

Dennis Wendo, the founding director of Integrated Development Network, that funded the poll, said government should support the agencies mandated to fight corruption.

“The findings of this survey is the true feeling of Kenyans” he said.

Corruption remains a major challenge and there is an outcry that no action is being taken.

“We are calling upon the President and the multi-agency to up their game, we want to see recovery of stolen assets and convictions of the corrupt,” Wendo said.

Those polled suggested the government should deal decisively with corruption.

The top-rated institutions in the war against corruption are the Office of the Director of Public Prosecutions, the Directorate of Criminal Investigations and the Judiciary.

The National Assembly, the Senate, the National Police Service (excluding the DCI) and the Independent Electoral and Boundaries Commission are take the bottom ranks.