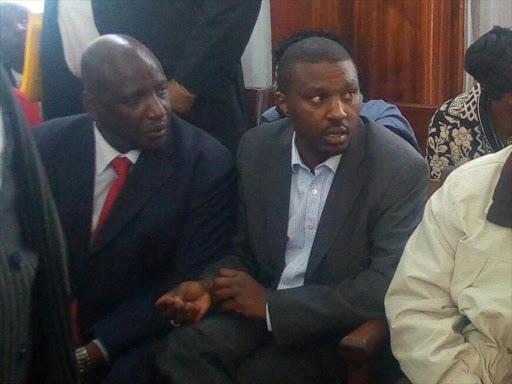 The court on Monday afternoon ordered the release of former NHIF bosses and the directors of Webtribe Ltd on a Sh3 million bond or Sh2 million bail.

Former CEO Geoffrey Mwangi and ex-finance manager Simon Kirgotty and the Web Tribe directors were also ordered to deposit their passports in court.

NHIF customer care officer Fredrick Sagwe and two others were charged with one count of failing to comply with procurement laws by not adhering to procedures and criteria set out in tender documents.

All the other accused who were charged will each deposit Sh1 million bail.

There are 20 accused persons in total and Webtribe has also been charged as a company.

Post a comment
WATCH: The latest videos from the Star
by Annette Wambulwa @WambulwaAnnette
News
10 December 2018 - 15:00
Read The E-Paper