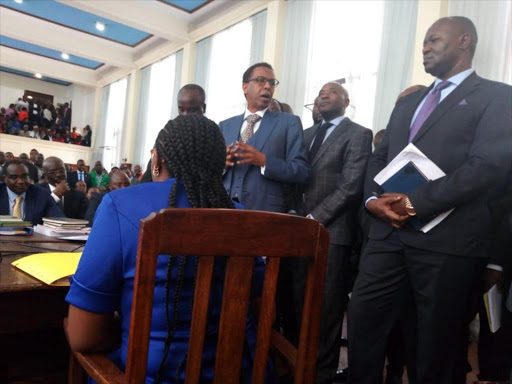 The 18 suspects are being held at the Milimani law courts cells awaiting a ruling on their bail application.

Ogoti is expected to deliver the ruling at 2.30pm.

Kamau told the court that people died because of lack of NHIF cover because their money was stolen.

However, their lawyer Cliff Ombetta said there is no charge of anyone having died.

bar the suspects from accessing their offices so as not to interfere with investigations and witnesses.

He asked the court to give terms that are commensurate to the amount lost.

Post a comment
WATCH: The latest videos from the Star
by JOSEPH DUNDA AND ANNET WAMBULWA
News
10 December 2018 - 12:00
Read The E-Paper