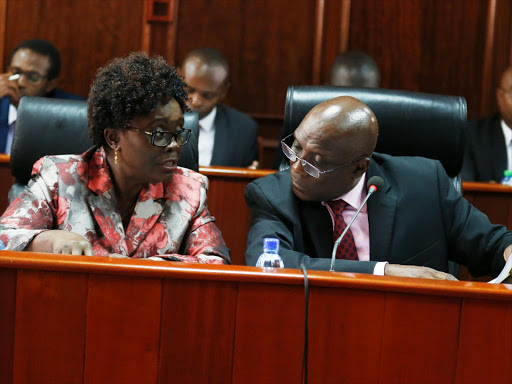 State officers who facilitated the illegal grabbing of public land will face the full force of the law, the National Land Commission said yesterday.

The NLC issued the warning even as parastatals asked the commission to help them recover parcels of land lost to grabbers.

Kenyatta National Hospital and Kenya Airport Authority said they have both lost hundreds of acres to land grabbers.

KAA has lost 11,551 acres of JKIA land with some of the parcels being on flight paths.

Yesterday, lawyers representing those claiming parcels inside JKIA turned the heat on state officers saying it is wrong for the government to issue documents using one hand and take them away using the other.

“The moment I do a search on the property the government gives automatic indemnity,” lawyer Innocent Muganda who appeared for one of the affected parties told the commission.

NLC vice chair Abigail Mukolwe and officials Ema Njogu and Rose Musyoka attended the hearing at NLC’s offices, Nairobi. Muganda said government agencies were keen to collect money in form of rates only to show up at a later date and demolish.

“People went through the due process and the government gave them genuine documents,” he said.

Musyoka on her part said, “we know that Kenyans are being sold useless papers,” Musyoka said.

Mukolwe said the full force of law will be applied once the officers who presided over the illegal allocations have been established. “We will recommend to the DPP for the officers to answer circumstances under which they gave out public land belonging to the airport,” Mukolwe said. KAA was directed to provide documents to the affected parties on Monday before the matter is mentioned on December 11.