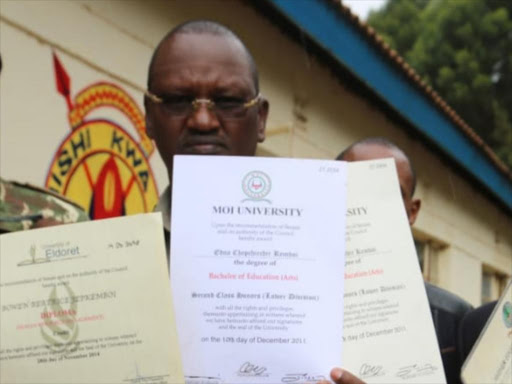 The University Academic Board said it made the decision to safeguard the integrity of the exams. “No evidence of exam cheating has been found but investigations are going on until the truth is known,” a statement from the academic board said. The exams were rescheduled and students will sit the tests between yesterday and December 14.

Dean of the school of medicine Dr Lukoye Atwoli confirmed the exams had been cancelled.

“So far, we have established there was no actual cheating, but there were wide claims, especially through social media, which undermined the integrity of the exams,” he said. Atwoli said students were repeating seven papers that had been cancelled. “So there is no cause for alarm,” he said.

Vice Chancellor Isaac Kosgey said the matter was being handled with the necessary seriousness.

Post a comment
WATCH: The latest videos from the Star
by MATHEWS NDANYI @ndanyi_mathews
News
07 December 2018 - 00:15
Read The E-Paper