Uhuru roots for stronger ties with US on trade, investments 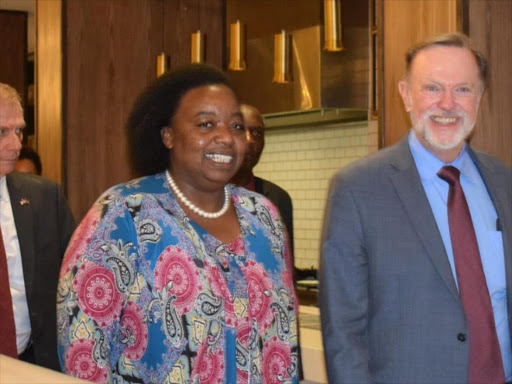 President Uhuru Kenyatta has rooted for stronger ties with the United States on matters trade and investments.

He told US Assistant Secretary for African Affairs Tibor Peter Nagy that the potential for cooperation in the said area was not fully exploited.

The two held talks at State House, Nairobi and discussed ways of deepening the Kenya-US partnerships in peace, security, and trade.

"We have a strong strategic partnership on other spheres but on the economic side, it is not as strong as it should be," Uhuru said.

The President expressed optimism that the non-stop flights to New York by Kenya Airways and Kenya’s progressive labour laws will provide an incentive to attract more US investments into Kenya.

"We are hoping that the US will take advantage of this to deepen its trade partnership with Kenya," Uhuru said.

On security, the Head of State said Kenya and the US face similar threats and welcomed the cooperation that the two countries have cultivated over the years in dealing with security challenges.

Uhuru also briefed the US Assistant Secretary on peace and security in the region, citing Kenya’s and IGAD’s efforts to sustainable stability is attained in South Sudan and Somalia.

Nagy, who was accompanied by US Ambassador to Kenya Robert Godec, praised Kenya for playing an active role in ensuring peace and stability in the region.

He appreciated the strategic partnership in peace and security that the US has with Kenya and expressed optimism that this strong relationship will be leveraged on to deepen trade and investment ties.

"US investment potential in Africa is underutilised. We hope to work on developing that area," Nagy said.

Referring to the government's Big 4 agenda, the US government official said the priority development areas which cover universal health coverage, quality jobs to Kenyans through enhancing the manufacturing sector, provision of affordable housing and food security were aligned with the US aspirations for Africa.

The US Assistant Secretary congratulated Uhuru for his focus on boosting the blue economy, saying the Sustainable Blue Economy Conference in Nairobi was a major success.

Nagy commended Kenya’s devolution system, saying it is worth being emulated by other countries in the region.