Not without Qureshi? Mwilu graft case to proceed in January 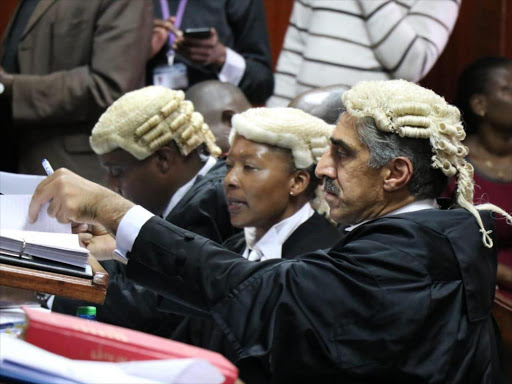 The graft case against Deputy Chief Justice Philomena Mwilu will not proceed until January next year.

stated that he was only to prosecute criminal trials at the chief magistrates' court.

Mwilu is fighting to stop her prosecution for abuse of office, failure to pay stamp tax, improperly obtaining Sh12 million from Imperial Bank, and obtaining security for a loan by false pretence.

The bench directed the parties to file their documents ahead of January 17 when all preliminary objections will be heard.

Secretary of public prosecutions Dorcas Oduor had told the court that they do not wish to proceed with the case if Qureshi is not part.

Dorcas told the bench that they will not tolerate any further delay as the interest of justice should be upheld at all times.

The ODPP had requested for January 14 but the court directed that the matter be heard on January 17.

Post a comment
WATCH: The latest videos from the Star
by SUSAN MUHINDI @muhindi_suu
News
06 December 2018 - 15:00
Read The E-Paper