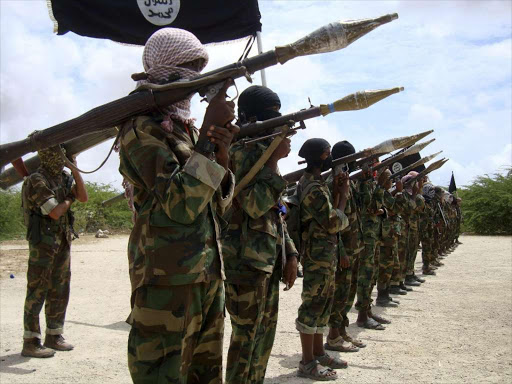 Al Shabaab militants parade new recruits after arriving in Mogadishufrom their training camp south of the capital in this October 21. Photo/REUTERS

The US military said it killed four militants in an air strike against al Shabaab militants in the vicinity of Awdheegle, Somalia, as part of its operations to support the government’s efforts to weaken the group.

The military’s Africa Command (Africom) said the strike was carried out on December 4.

“The US airstrike was conducted against militants after US

and partner forces came under attack,” Africom said in a statement late on Wednesday.

“We currently assess this airstrike killed four (4) militants with no civilians involved.”

The United States carries out periodic air strikes in Somalia in support of a UN-backed government there, which has been fighting against an al Shabaab insurgency for years.