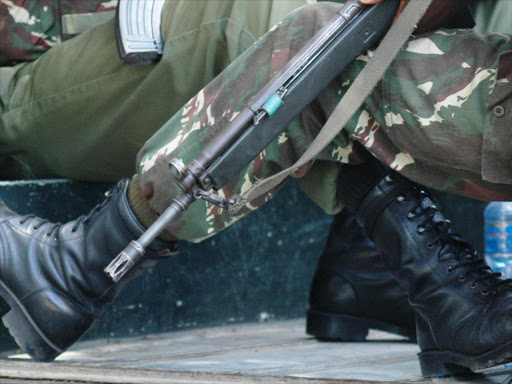 "Samburu bar owners say some AP officers had turned them into cash cows and are demanding for bribes." /FILE

Bar owners in Maralal town on Thursday accused the police of harassing them.

They said some AP officers had turned them into cash cows and are demanding for bribes.

"They walk in pairs and ask for Sh200 protection fee daily. If you don't give them the money they arrest you," said a bar owner who sought anonymity for fear of being victimised.

The traders also accused police of taking Sh2,000 every week and arresting their employees as they walk home after work at 11pm.

They said police ask for Sh5,000 before arrested employees are released.

"We are going to write a petition to the CS to transfer all the officers. We are unable to do business in peace," they said.

"Anyone found collecting bribes will face the full wrath of the law," he said.

He said every person has a right to run their businesses without police harassment.

Post a comment
WATCH: The latest videos from the Star
by By Martin Rwamba @MartinRwamba
News
06 December 2018 - 12:00
Read The E-Paper