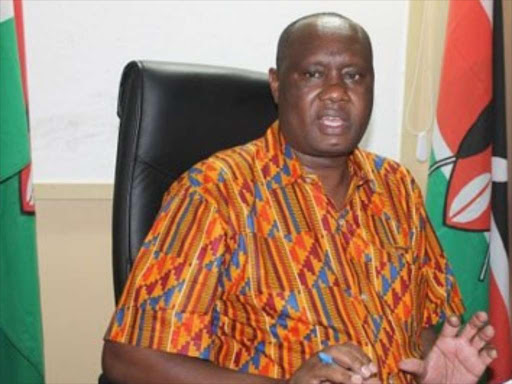 The Ethics and Anti-Corruption Commission has been barred from conducting fresh investigations in a graft case against Busia governor Sospeter Ojaamong.

Milimani chief magistrate Douglas Ogoti said further investigations by the agency will interfere with the case. Ojaamong’s case is pending in court. He was arrested and charged in relation to audit queries in the financial year 2013-14.

EACC wrote to a former county official requesting information but Ogoti said that should not happen because it amounts to investigating an ongoing case. On November 12, the EACC began fresh investigations into corruption allegations in the acquisition of solid waste management services from Madam R Enterprises Ltd.

The commission also wanted handing over notes between the former county secretary and the chief officer in the Governor’s office in addition to county executive minutes handed by Susan Ludia Lukano and Ezekiel Otieno Kwach.

Ogoti said 18 witnesses have already testified in the case and that a new investigation would mean they will be recalled for questioning on new findings. Such a process would prolong the prosecution of the case, the court said.

Ojaamong’s lawyers James Orengo and Stephen Ligunya said the fresh probe was meant to interfere with the case. But EACC said the documents in question will be used as exhibits in the case.