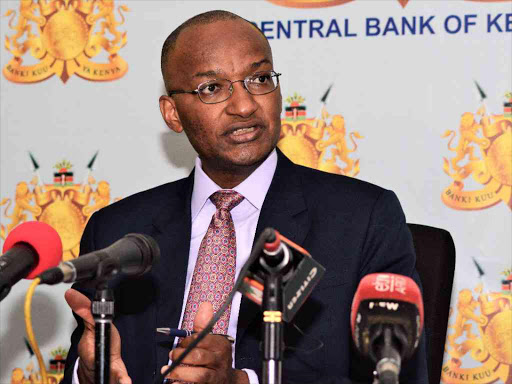 CBK Governor Patrick Njoroge has been appointed to the UN Task Force on Digital Financing of the Sustainable Development Goals.

The Task Force, which was launched on November 29 by secretary general António Guterres, will recommend strategies to harness the potential of digital finance and financial technology to advance the SDGs.

"I fully concur that digitisation of finance has great potential in facilitating achievement of the SDGs. The invitation is also an important recognition of Kenya's success in digital finance and financial inclusion, with lessons that have been useful for other countries," Njoroge said while accepting the appointment.

The appointment takes effect immediately, Central Bank said in a statement on Wednesday.

The task force is expected to present its preliminary report of recommendations to the secretary general in September 2019.

"We have already seen how technology has helped expand financial inclusion - itself an important goal - by 1.2 billion people in just six years," Guterres said while launching the task force.

"But we have only just begun to tap the potential of digital finance and investment to meet the broader agenda set forth in the Sustainable Development Goals and the Paris Agreement on climate change."

Post a comment
WATCH: The latest videos from the Star
by STAR REPORTER @TheStarKenya
News
05 December 2018 - 15:00
Read The E-Paper