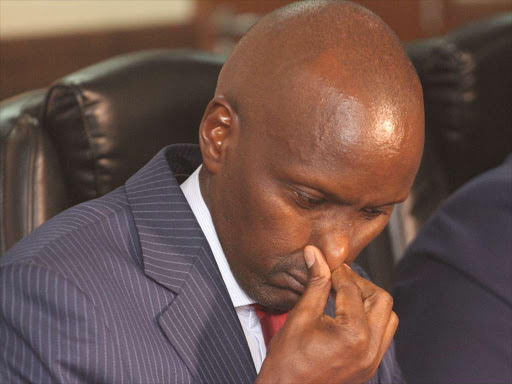 Kenya Pipeline Company Managing Director Joe sang has opted not to seek a second term as the board launched investigations into the oil company loss.

"The board received and accepted Sang's letter stating that due to personal reasons he will not be seeking a second term,"

chairperson John Ngumi said in a statement on Tuesday.

His current term expires in April.

during the transition," Ngumi said adding that

they are in the process of recruiting his replacement.

Ngumi said the oil marketing companies through their joint company will conduct a forensic audit of stock positions which should be completed by December 31st.

"The board directed management to accord

maximum cooperation to both the DCI and the forensic auditors," he added.

Sharp divisions in the top management are threatening to paralyse the troubled Kenya Pipeline Company.