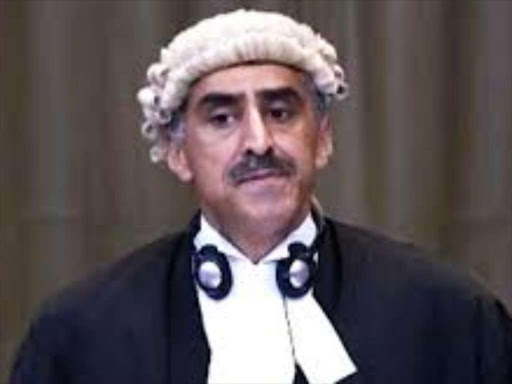 Khawar Qureshi has been appointed to prosecute cases against judicial officers. /COURTESY

He was appointed a visiting professor in commercial law at the University of London in 2006 and a deputy High Court judge in 2013.

In a notice issued on Tuesday, the Office of the Director of Public Prosections said it decided to appoint a special prosecutor through single sourcing after advertising for private legal counsel and being unable to find suitable candidates due to the unique nature of requirements and complexity of cases. "There are a number of cases of great public importance involving state and public officers. In order ensure transparency and independence in dealing with these cases, to build jurisprudence, to allow for pragmatic interpretation of the Constitution, and to avoid conflict between the ODPP and the Judiciary, we deem it prudent to engage private foreign counsel to deal with these matters," it said.

The ODPP said the stakes in cases involved are high and it was necessary for proceedings to be insulated from public perception of political interference. "The person who is brought on board must look and be seen to be looking at the law independent of any outside influence whatsoever and who will deftly manage relations within the three arms of government and the different justice agencies," it said.

Every year, corruption in East Africa's biggest economy drains billions of dollars from the state in rackets involving government officials and business people - known as "tenderpreneurs" for their success in winning public contracts.

President Uhuru Kenyatta promised to stop the rot when he came to power in 2013, but critics say he has been slow to go after top officials and there have been no high-profile prosecutions.

Post a comment
WATCH: The latest videos from the Star
by NANCY AGUTU @nancyagutu
News
04 December 2018 - 18:00
Read The E-Paper