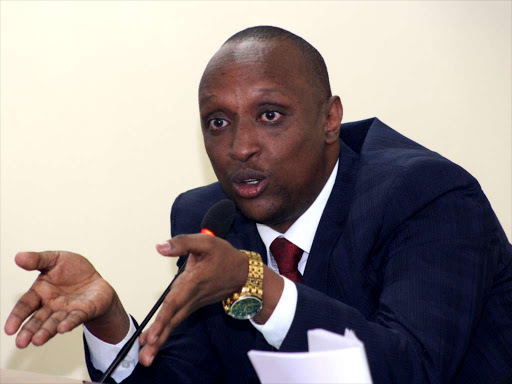 Nairobi Jubilee MCAs have supported the move by the county government to ban matatus from the CBD and hit out at politicians opposing the directive.

“We have all been crying for the county government to act because of the lawlessness that was there. Business people are making losses because their shops have been blocked by matatus,” Guyo said on Monday.

The county government on Monday started implementing a Gazette notice published on May 12, 2017, barring all Public Service Vehicles from accessing the CBD.

Matatus are supposed to terminate at designated termini outside the CBD.

Addressing a press conference at City Hall, Guyo said that CBD has been chaotic and ungovernable because of "rogue matatu operators" who hoot, park on pavements and block shops. At least 15 Jubilee MCAs were in attendance.

Guyo said some matatu drivers frequently flout traffic rules. He said many make U-turns in the middle of the road, overlap and drive carelessly.

He criticised Senator Johnson Sakaja for opposing the ban, and accused him of seeking political mileage.

“Sakaja should support the governor’s policies and efforts to decongest Nairobi. We know he has an eye on 2022, but we want to tell him that it is not time for politics. It is time to work for the people of Nairobi,” Guyo said.

The senator has opposed the ban saying residents and matatu operators were not consulted before the ban was effected.

Commuters on Monday walked several kilometres to their workplaces after police officers blocked matatus from accessing the CBD.

Commuters from Thika and Kiambu roads were dropped at Ngara. Those from Jogoo Road ended their journey at the Muthurwa stage.

Residents from Jogoo Road alighted on Park Road, while those from Ngong and Langata roads ended their journey at Railways bus station.

“This is inconveniencing and punishing innocent residents who are going to work. We demand its immediate suspension,” Makongeni MCA Peter Imwatok said.

Matatus operators protested against the ban saying the gazetted stages cannot accommodate their vehicles. But the county said the stages are for picking and dropping passengers, not parking spaces for matatus.