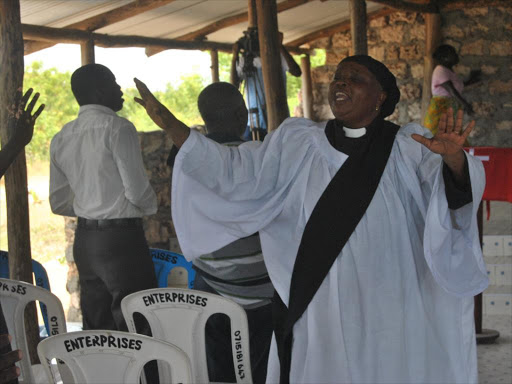 Christians prayed in various churches while Muslims converged in Malindi in the evening to pray for Romano.

The manager of African Milele Onlus was abducted from her rental house by gunmen on November 20, in Chakama village, Kilifi, and her fate remains unknown.

Unconfirmed reports indicate that there are ongoing negotiations between the Italian government and the abductors to free Romano.

Rev Hulda Tsuma, who presided over the service, prayed for the abductors to have mercy on Romano and release her.

She said God will call Romano’s name and bring her out of captivity to safety. Tsuma said Jesus will also touch the kidnappers’ hearts and make them free her.

“Today we are praying for Silvia so that she is freed. We may not see her but God is seeing her wherever she is,” she said.

Pasquale Tirito, chairman of Jacaranda Beach Resort, Watamu, said they joined the church in special prayers to plead with the abductors to release her.

He said Romano is a young woman and does not deserve the pain she was going through.

“We are appealing to the abductors to release Romano. She is an innocent young girl who was in Kenya to help the community,” Tirito said.

Since the attack, there has been a major security operation comprising KDF, police, GSU, KWS and AP officers together with special forces tracking the suspects believed to be hiding in the forest.

Last week, officers arrested suspects, including the wife of one of the three wanted gunmen.