Mombasa: Lost 8-month infant found in Molo, mum may have sold her - police 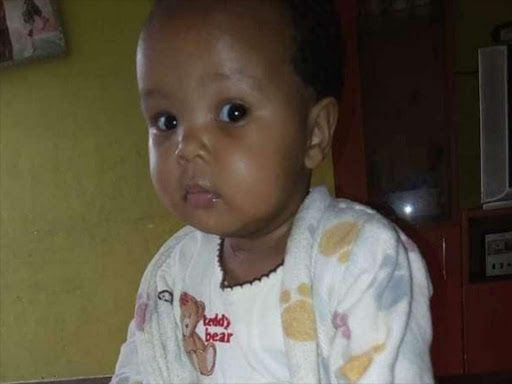 Eight-months-old baby Consolata Wambui who was found in Molo. /COURTESY

A baby who had gone

missing in Mombasa has been found in Molo and police say her mother might have sold her.

They have arrested three women, including her mother, in connection with the disappearance of the eight-month-old baby at Mshomoroni Falcon on November 8.

"Yesterday at 2pm in Molo, two people were arrested. They are Susan Nyambura, 54, and Margret Wairimu, 35," he said.

Wairimu is said to have pretended to be Consolata's mother and Nyambura her grandmother.

After returning to Mombasa from Molo with the two women and the child, police arrested another suspect, Joyce Wairimu, who is Consolata's mother.

Detectives said they followed communication between the three on their mobile phones though GPRS.

"Any parent who gives false information about a lost child will face the full wrath of the law," the police said.

Peter Kinuthia, Consolata's father, had told the media that the baby disappeared in the afternoon when she was left alone briefly by her mother.

Kinuthia, who has two other children aged 11 and four years, said he had gone to attend the burial of his friend’s mother when he got the news.

He said his wife had sent his niece, who was taking care of the child, to a nearby market.

Last week, the family had offered a Sh100,000 reward for anyone who will find baby Consolata.

The police said the suspects will be charged on Monday.