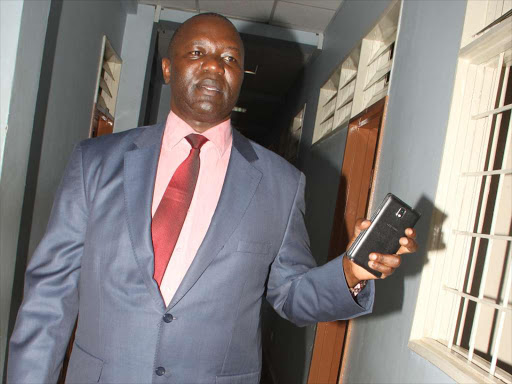 The Law Society of Kenya has maintained that it will not clear Tom Ojienda to vie for another term as a member of the JSC in the upcoming elections slated for 2019.

In their submissions in court through lawyer Paul Muite, LSK urged the court not to issue conservatory orders compelling them to clear Ojienda without a Tax Compliant Certificate.

Muite told Justice Wilfridah Okwany that the requirements of chapter six apply to all the candidates who are seeking to vie for the position of JSC which is a public office.

According to Muite, any person seeking to vie for the position must meet the requirements of chapter six and one of them in KRA compliance.

The legal body argues that they don’t have a preferred candidate and their only mandate into to conduct elections and all the nominees should be subjected to the criteria.

“If the court accepts Ojienda’s application without a Tax compliance Certificate, what happens to the other nominees” Muite posed to court.

In the requirements listed by the lawyers body, a candidate must be cleared by KRA and produce a Tax Clearance Certificate to that effect to prove that they have been paying their taxes and that there’s no pending tax liabilities due to the candidate.

On their part, KRA also strongly opposed Ojienda’s petition arguing that they cannot issue him with a certificate due to several pending cases that are still active in court.

They claimed that there is a pending order barring them from reviewing his tax status and the only way for them to issue Ojienda with the certificate is for him to lift the orders first.

KRA says Ojienda has not met the conditions for issuance of the certificate through his own actions of getting orders from court barring them from assessing his tax.

“Ojienda has not met the requirements of issuance of the tax compliant certificate as per the laid down procedures” the court heard.

The tax body says that for the certificate to be issued to him, a commissioner has to satisfy themselves to the tax status of that individual.

However, Lawyer Nelson Havi for Ojienda said he has met all the standards required for the certificate since he had paid all the tax and cleared with them by filing all the returns.

Havi says that KRA has refused to issue the certificate and he reads malice and mischief in that since they have denied Ojienda the certificate without a reason anchored in law.

The certificate is a requirement for those seeking to represent the Law Society of Kenya in the Judicial Service Commission.

Ojienda sued the authority to have it compelled to issue him with a certificate for 2018-19. He said KRA’s actions are malicious and deliberately calculated to ensure he is locked out of the nomination of the Law Society of Kenya representative to the Judicial Service Commission — a race to be concluded on December 10.

Ojienda maintains that the application for issuance of tax compliance certificate for 2018 was “maliciously, irrationally and in a calculated manner” rejected based on assessments for the years 2009-14 quashed by Justice George Odunga.